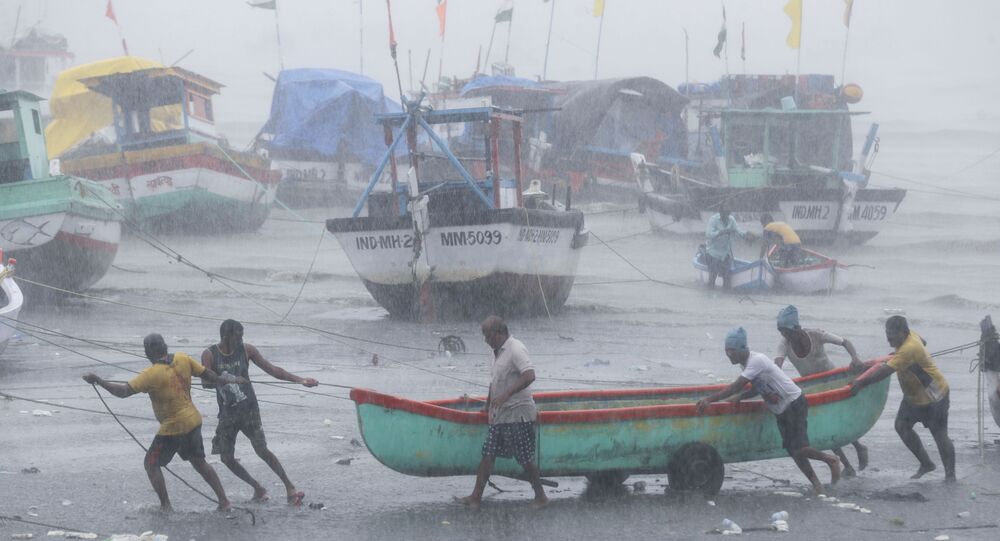 Around 30 kilometres into the Arabian Sea from the Mumbai coastline, barges are deployed for off-shore drilling purposes. On 17 May, when cyclone Taukte touched parts of Gujarat and Maharashtra, three barges and a drilling ship went adrift in the Arabian Sea, putting lives at risk.

The Indian Navy is conducting a major rescue operation in the Arabian Sea after Barge "P305" was officially declared sunk near the Bombay High off-shore oil rigs because of cyclone Taukte during the early hours of Tuesday. A total of 273 people were on board the barge, of which 146 have been rescued by the Indian Navy warships, INS Kochi and INS Kolkata.

​In a bid to expand the rescue operation, the Indian Navy has pressed a submarine, maritime reconnaissance plane, and a Boeing P8I into service. The airplane is equipped with sensors to detect the smallest objects in the sea.

The Navy has also deployed Seaking42 helicopters to facilitate on-the-spot-assessments of the situation. Additionally, the offshore support vessel Energy Star and Great Ship Ahalya have also joined in the rescue efforts, the Indian media reported.

Barge "P305" was put to work at the Bombay High Oil Rig in the Arabian Sea by a consortium headed by Afcons Infrastructure Ltd – part of the Shapoorji Pallonji Group that takes contracts for the Delhi headquartered-Oil and Natural Gas Commission (ONGC).

The Indian Navy is also working on finding and rescuing two other barges and another ONGC drilling ship named Sagar Bhushan went adrift in the sea because of the cyclone.

While that ship has 101 people on board, the barge "Gal Constructor" has 137 invidividuals and the barge "SS-3" has 196 personnel on board.

The Indian Navy vessel INS Talwar, emergency towing craft "Water Lily", as well as two support vessels and a Coast Guard ship called "Samrat" are out in the sea to bring people from these vehicles back to dry land.

As of now, no deaths have been reported, but over 120 people are feared missing on the barges and ship adrift in the Arabian Sea.

Meanwhile, residents of Mumbai and Gujarat have shared visuals of fallen trees, flooded roads, and damaged properties on social media to detail the devastating aftereffects of cyclone Taukte that intensified over the Arabian Sea on 17 May.

Visuals of ESCS Tauktae from #Una
With maximum wind strength.