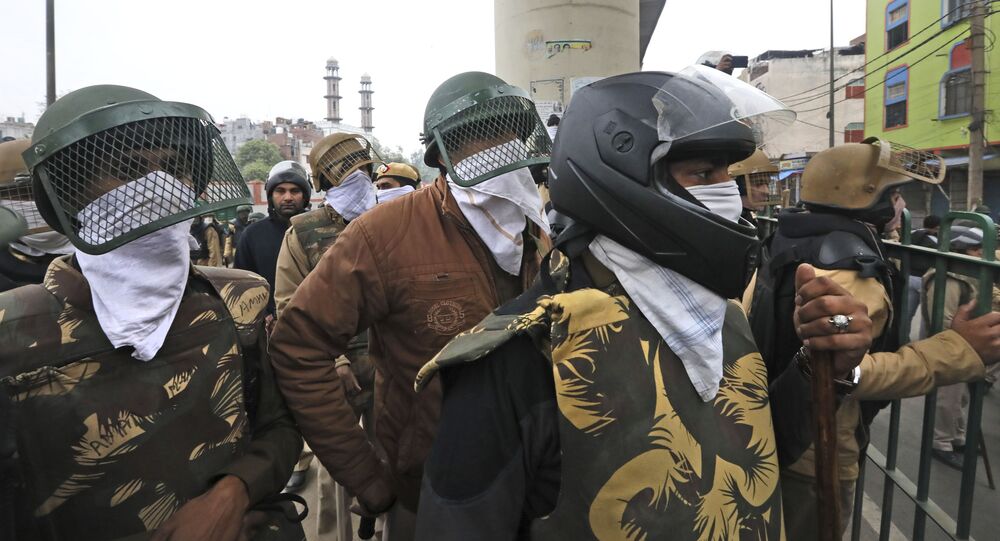 Bharatiya Janata Party's (BJP) favourite weapon during its campaign against Mamata Banerjee's Trinalmool Congress in the recent state elections was to make frequent allusions to the alleged corruption in West Bengal. In spite of its efforts, BJP lost the gamble, but violence continues unabated between the two rivals.

Trinamool Congress supporters thronged outside the CBI office in the state capital, Kolkata, and pelted the security forces with stones. The forces retaliated by charging the protesters with batons.

Meanwhile, West Bengal state chief Mamata Banerjee rushed to the CBI office and staged a demonstration. "Since [the ministers] have been arrested without due procedure, the CBI will have to arrest me also," she said.

The security forces arrested West Bengal ministers Firhad Hakim, Subrata Mukherjee, member of the legislative assembly (MLA) Madan Mitra and former Trinamool leader Sovan Chatterjee at their home this morning in connection with the 2016 Narada bribery case. However, no action has been taken against two others who are said to be mixed up in the scandal - Mukul Roy and Suvendu Adhikari, who have now joined Indian Prime Minister Narendra Modi's Bharatiya Janata Party.

Reacting to the situation, West Bengal governor, Jagdeep Dhankhar, lamented via Twitter the "total lawlessness & anarchy. Police and administration in silence mode". He also threatened of "repercussions". The governor had sanctioned action against those arrested earlier this month.

Message @MamataOfficial “Total lawlessness & anarchy. Police and administration in silence mode. Hope you realize repercussions of such lawlessness and failure of constitutional mechanism.
Time to reflect and contain this explosive situation that is worsening minute by minute.”

​The CBI went straight to the governor to obtain permission to carry out the arrests, thereby bypassing state assembly Speaker Biman Banerjee. Trinamool MP and the chief minister's nephew, Abhishek Banerjee, appealed for calm, tweeting: "I urge everyone to abide by the law and refrain from any activity that violates lockdown norms for the sake of the larger interest of Bengal and its people."

Narendra Modi's government has been at loggerheads with the Mamata Banerjee-led West Bengal government since 2 May, when the ruling BJP failed in its attempt to win West Bengal in the recent state elections.