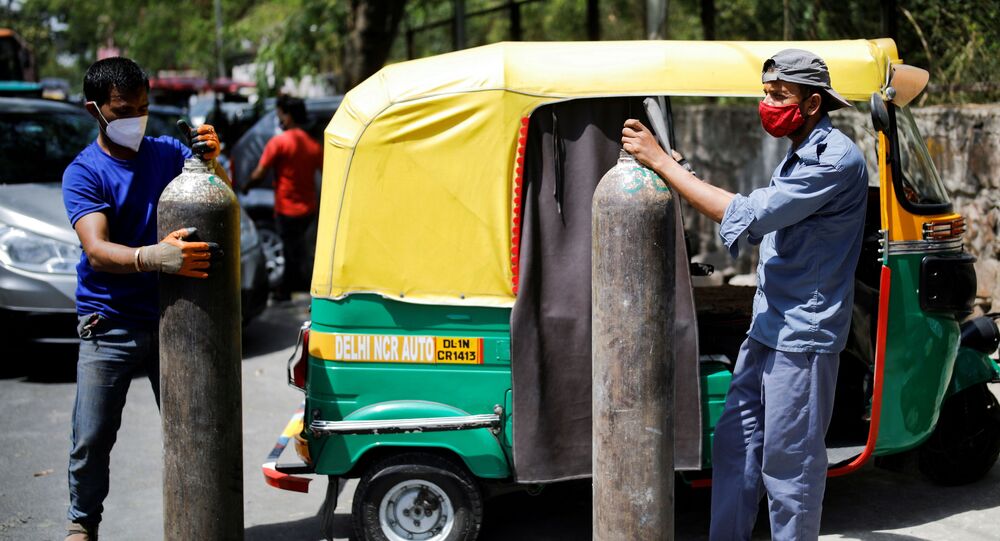 India's healthcare system, which has been struggling to manage a surge in COVID-19 cases since 15 April, has been in a shambles as the demand for medical facilities exceeds supplies. Shortages of oxygen have been reported from several parts of the country, including Delhi and Mumbai.

At least 75 patients suffering from COVID-19 have died in the south-western state of Goa, just as the popular tourist destination had started welcoming visitors from all over the country. The deaths were allegedly caused by a lack of liquid medical oxygen. All occurred at the state-run Goa Medical College and Hospital - the state's largest hospital - in the past four days.

Goa Forward Party, one of the state's opposition parties, has filed an official complaint against the state chief, Pramod Sawant, and chief secretary, Parimal Rai, for not supplying hospitals with adequate oxygen.

"Over the past four nights, 75 people have died because of mismanagement of oxygen in the hospital. There is a complete collapse of governance in Goa, the ruling Bharatiya Janata Party (BJP) government has failed its citizens. Now, we appeal to the high court to take over the government," Vijai Sardesai, president of Goa Forward Party, said on Friday.

According to local media reports, the hospital administration had warned the authorities of a shortage of oxygen, but by the time the health officials arrived early on Friday, 15 patients had died.

On Thursday, the state reported 2491 new cases of COVID-19, taking the total tally to 130,130. Furthermore, 63 deaths were recorded, bringing the state's death toll 1,937. At present, Goa has the highest positivity rate in the country, 48.1 per cent, which roughly means that of every two COVID-19 tests taken, one returns a positive result.

India in Need of Oxygen, Plus Guest Author David Horowitz