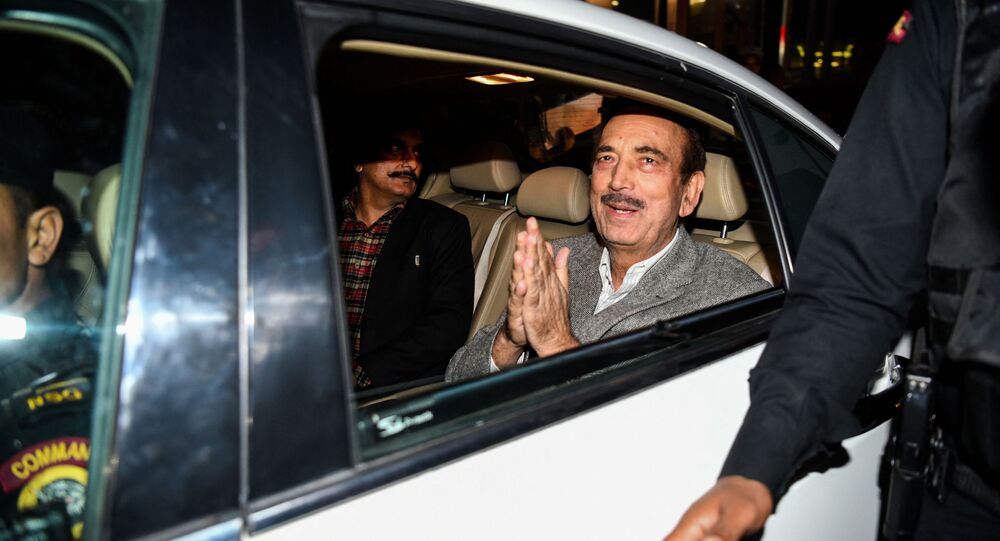 Ghulam Nabi Azad, a senior Congress politician, who was at the helm of a rebellion against the party leadership last year, has been appointed the head of a COVID taskforce set up by the party.

This is Azad's first appointment to a major post since he launched an attack on the party leadership. The party has been led by the Gandhi family for years.

The other members of the COVID taskforce include Priyanka Gandhi Vadra, Pawan Kumar Bansal, Mukul Wasnik, and KC Venugopal.

The Congress Party's decision to create a COVID taskforce under Ghulam Nabi Azad comes on the heels of outift postponing its presidential elections yet again. Last week, Azad had supported the decision to postpone the elections.

© AFP 2021 / ARCHANA THIYAGARAJAN
Corpses of Suspected COVID Victims Surface in Indian River After Dead Bodies Found in Ganges
The post fell vacant after Rahul Gandhi resigned as Congress president following the second consecutive debacle in the parliamentary polls in 2019, when the party experienced a humiliating defeat at the hands of the ruling Bharatiya Janata Party.

Rahul's mother, Sonia Gandhi, was appointed the interim president until a permanent party president could be elected. Her tenure was extended as the presidential poll has been repeatedly put off.

Azad stunned his fellow party members in March of this year after he heaped praise on Prime Minister Narendra Modi at a public meeting following his retirement from the Rajya Sabha. Modi had given a teary eyed and emotional farewell speech dedicated to Azad as he retired from the Rajya Sabha, the upper house of parliament, on 15 February.