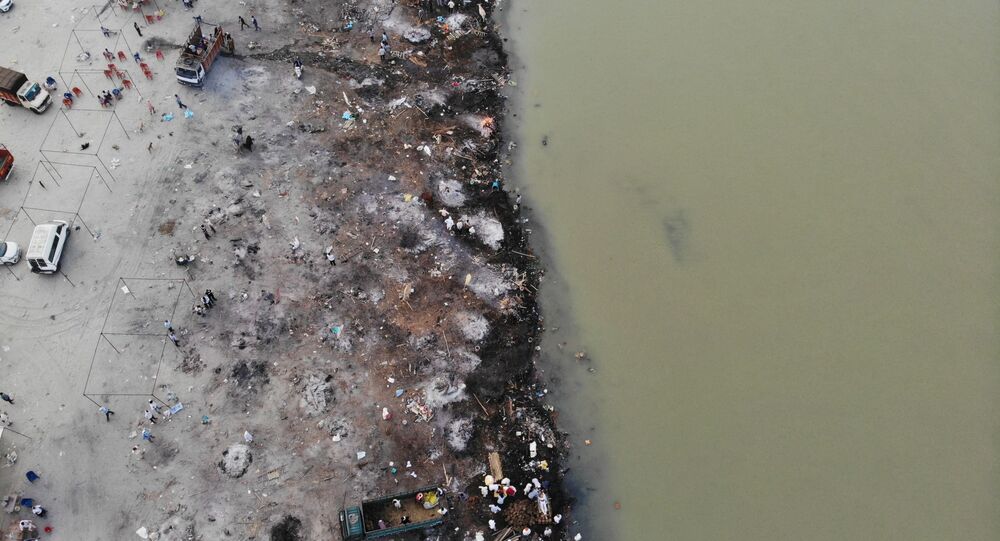 Photos and videos showing the devastating second wave of coronavirus in India have shocked and scared the world. With the death toll due to COVID crossing over 4,000 per day, many Indian cities, including Delhi, have run out of cremation spaces.

Disturbing videos from Panna appearing to show the shocking sights have emerged on social media.

​The report is being investigated.

As of now, Madhya Pradesh State Chief Shivraj Singh Chauhan from the ruling Bharatiya Janata Party (BJP) has not publicly addressed the horror in his state.

Residents of the region, however, have expressed concerns about whether the river water can be used for drinking purposes.

Over the past two days, several videos have surfaced on social media appearing to depict hundreds of decomposed bodies dumped at Mahadev Ghat on the banks of the Ganges River in the village of Chausa in the state of Bihar and the Ghazipur district of Uttar Pradesh. The two states share a border. Residents from these regions have told Sputnik that there is a major panic among locals.

​The incidents come at a time when the country's health infrastructure is crumbling under the second wave of COVID. Medical experts have hinted that the deadly second wave is quickly spreading to rural districts.

Indians are trying everything to make sure their loved ones get dignified funerals, but with tens of thousands dying on a daily basis, the last rites have become more of a formality, as cities in several Indian states are struggling with shortages of cremation grounds.