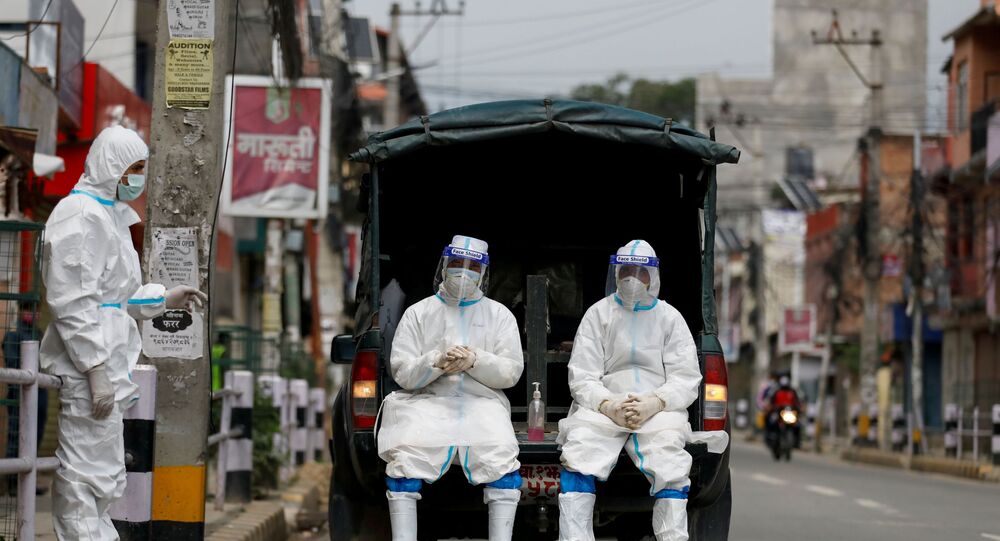 Prominent Indian political parties, including the governing Bharatiya Janata Party (BJP) and the main opposition outfit Congress, continued to hold election meetings in five poll-bound states last month, despite an exponential surge in COVID infections. Some of these meetings were addressed by PM Narendra Modi and senior members of his Cabinet.

India's governing Bharatiya Janata Party (BJP) has accused the opposition Congress Party of causing a spike in COVID cases by holding massive election rallies in the southern state of Kerala, in a letter written by BJP President Jagat Prakash Nadda to his opposition counterpart Sonia Gandhi.

"Your party, under your leadership, is doing no favours to itself by opposing lockdowns and demanding the for the same, ignoring the Centre's advisories on the second COVID wave and then saying that they didn't get any information, holding massive election rallies in Kerala and causing a spike in COVID cases while grandstanding about election rallies elsewhere, supporting protests but speaking about following COVID guidelines", Nadda wrote in his letter on Tuesday.

Election meetings in four Indian states, Kerala, West Bengal, Tamil Nadu, and Assam, as well as the Union Territory of Puducherry have often been blamed by experts for causing a spike in COVID cases in these regions and worsening India's second COVID surge. The five Indian regions held elections last month, with major outfits, including the BJP and Congress, holding public meetings to canvas voters.

A few of the meetings attended by Prime Minister Narendra Modi as the second wave was ravaging the nation last month drew scathing reactions from opposition outfits as well as on social media.

The "irony" in Nadda's allegations that holding election meetings led to the spike in infections wasn't lost on social media users, who reminded the governing outfit of its own track record.

Modi and Shah were going to West Bengal to apply oil ??

BJP people are really that fool or what? https://t.co/HahrneOUyH

​Nadda also defended the government's vaccination policy in his letter to the Congress Party president, stating that the BJP governments in the states were providing vaccination free of cost to the poor while the opposition-ruled states were running away from their responsibilities.

"The Congress Working Committee talks about the Modi government discharging its responsibility to vaccinate. Is there such a difference of communication between the Congress Party and the states that it shares power? In April itself, top Congress leaders were calling for decentralisation of vaccination", noted Nadda.

The BJP chief pointed out that the federal government has already handed out more than 160 million doses of vaccines to the states. "Even now, it continues to give 50% of the total vaccines for free", Nadda said.

Nadda also attacked prominent Congress leader Rahul Gandhi in his letter, remarking that he would be remembered for his "pettiness" and "duplicity" for regularly criticising Prime Minister Modi's COVID management skills in the ongoing second wave.

Gandhi, a former Congress president and a key opposition parliamentarian, has been one of the harshest critics of the government as India grapples with an exponential surge in infections.