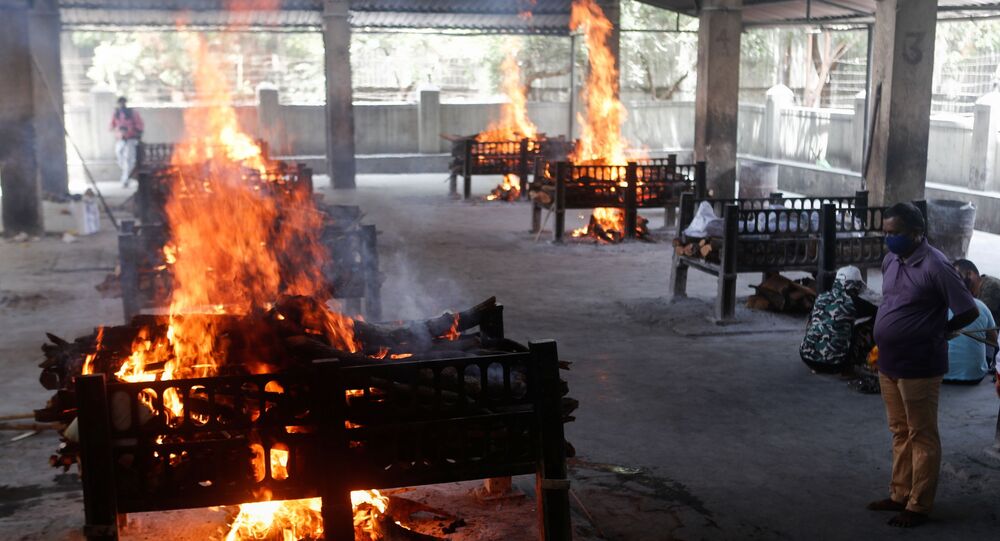 Every day Delhi witnesses a massive surge in coronavirus infections and this has forced the government to introduce a lockdown. On Sunday, the national capital recorded 13,336 new COVID-19 cases.

The Delhi Police have been directed to compile data of cremations and burials — COVID and non-COVID — directly from cremation grounds across the city, officials said on Monday.

A senior police official, who spoke to Sputnik on condition of anonymity, said that they are carrying out the research to know the ground reality.

"At present, the Delhi government and civic bodies compile data. There is a high possibility that some day we will face a disturbance in law and order because a particular area suffers an unusually high number of deaths, so we are compiling data to prepare data,” he said.

According to the police, the process of compiling data started on 1 May.

"All district officials have been told to visit the cremation ground in their area to collect data from whoever is in charge, and this has been taking place in rural areas as well. All the data is shared with the seniors during morning diary briefing, and later it is handed over to the Crime Records Office (CRO),” an officer said.

Recently, Delhi's municipal corporation has also rebuked the Delhi government for hiding deaths because of COVID-19.

Last month after a massive record surge, the state chief, Arvind Kejriwal, announced a week-long lockdown on 19 April. The lockdown has now been extended until 17 May, given the increasing number of cases].