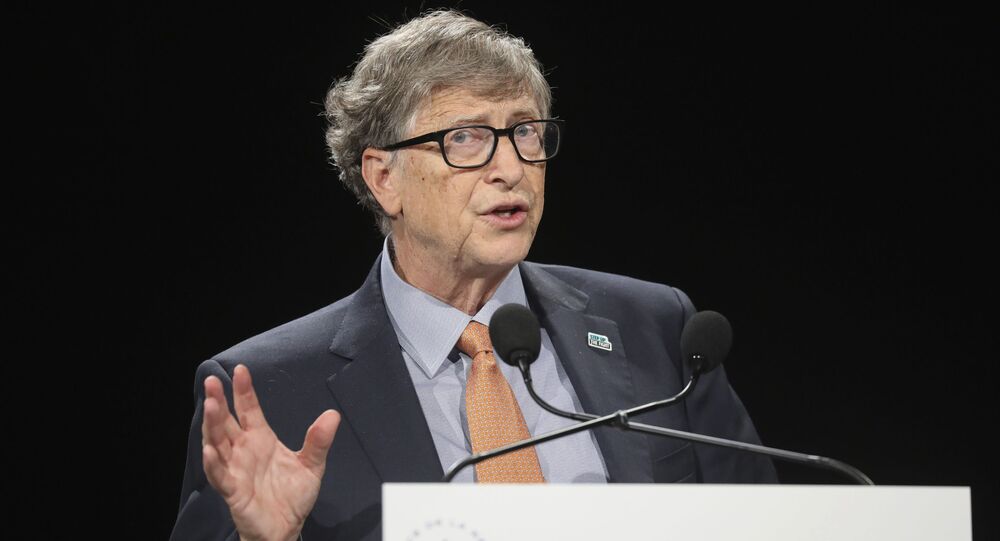 Just days before Joe Biden's administration supported India's proposal to waive intellectual property rights for COVID-19 vaccines, Bill Gates spoke out against sharing such patents with developing countries. His remarks have provoked much anger in India, which is battling the second coronavirus wave.

Hindu economic activist group, Swadeshi Jagran Manch, protested against Bill Gates in New Delhi on Friday over his recent remarks that he is not in favour of waiving intellectual property rights (IPR) on vaccine patents, which would enable developing nations to discover the ingredients and produce their own versions.

Dr Ashwani Mahajan, national co-convener of Swadeshi Jagaran Manch, said that in the present circumstances when everyone on Earth is affected by the pandemic, there's an acute shortage of essential medicines, and vaccination is deemed the only way to keep large populations safe, trying to block equitable access to vaccines and medicines is not just deplorable, it is a crime against humanity.

His colleague, Swadeshi Jagaran Manch's national convener, R Sundaram, said that even those developed countries which had tried at first to block the patent for coronavirus vaccines and medicines being waived have changed their mind and now support India's and South Africa’s proposal to the World Trade Organisation (WTO), and the stance of multinational corporations and Bill Gates - whose foundation invested heavily in the production of a vaccine - is hardly positive.

"They are making all-out efforts to maximise their profits by exploiting the worst situation faced by the humanity, especially by developing and poor countries. It is worth noting that India’s proposal is supported by 100 countries," he said.

© AFP 2021 / JEFF PACHOUD
RSS-Affiliate Says India's Biggest Vaccine Maker’s Move to Invest in UK 'Influenced' by Bill Gates
"The government should facilitate technology transfer of vaccines including the trade secrets to all potential manufacturers to scale up the production of Covaxin and Covishield. And vaccine production should be licensed to more pharma companies with technological capabilities, instead of a few companies," said another SJM representative, Kashmiri Lal.

Vikas Chaudhary, the convener of the Delhi unit, said that the government should provide the regulatory clearance to start the local production of Russia's Sputnik V vaccine.

"Impose a ceiling on the COVID-19 medicine and vaccine price taking into account the cost of production-based formula. There is a need to transfer the technologies for the production of medicines and vaccine globally."

The government should highlight the need to waive IP and facilitation of technology transfer in all relevant international forums at the global level and accelerate diplomatic efforts at G7, G20 and other groupings, said the protesters.