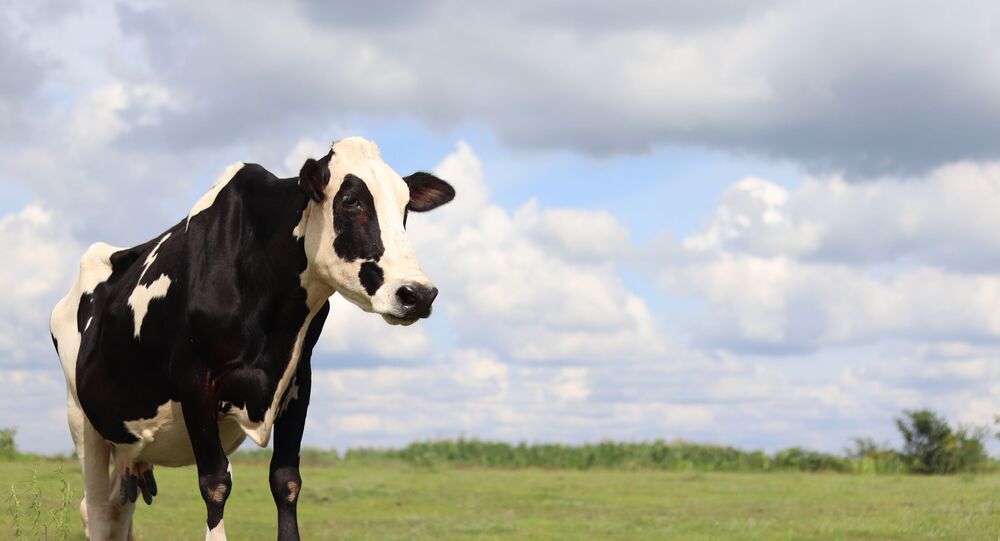 Reality show star Kim Kardashian began removing animal products from her diet in 2019 and said that she was sticking to an all plant-based diet when at home. The fashion and beauty mogul also had her fur coats remade using fake fur.

In a bid to honour Kim Kardashian for promoting a plant-based diet to millions of her followers and showing compassion to animals, People for the Ethical Treatment of Animals (PETA) India has named a rescued cow with stunning eyes and thick eye lashes - “Kim Kowdashian”.

🌱🍃 Plant based does a body good 🌱🍃 pic.twitter.com/E9IdvDW2LV

​“We are honouring human Kim for the things she does to help and protect animals like taking up a dairy-free diet,” Sachin Bangera, the PETA India Director of Celebrity and Public Relations, told Sputnik.

​From the posh hilly residence of Calabasas, Kim Kardashian often shares meat- and dairy-free recipes on her social media.

Hence, when PETA India won custody of the cow – believed to have been "exploited" for dairy – after her former owner was caught abusing her on the street, the animal welfare group decided to name it after the “Skims” owner.

“Now, Kim the cow enjoys nourishing green grass, sorghum, groundnut cakes, and even fodder that’s carted around in a wheelbarrow. Since arriving at her lush new sanctuary home, she’s made two dear friends: a bullock named Sonya and a fellow cow named Meena,” PETA said in a statement.