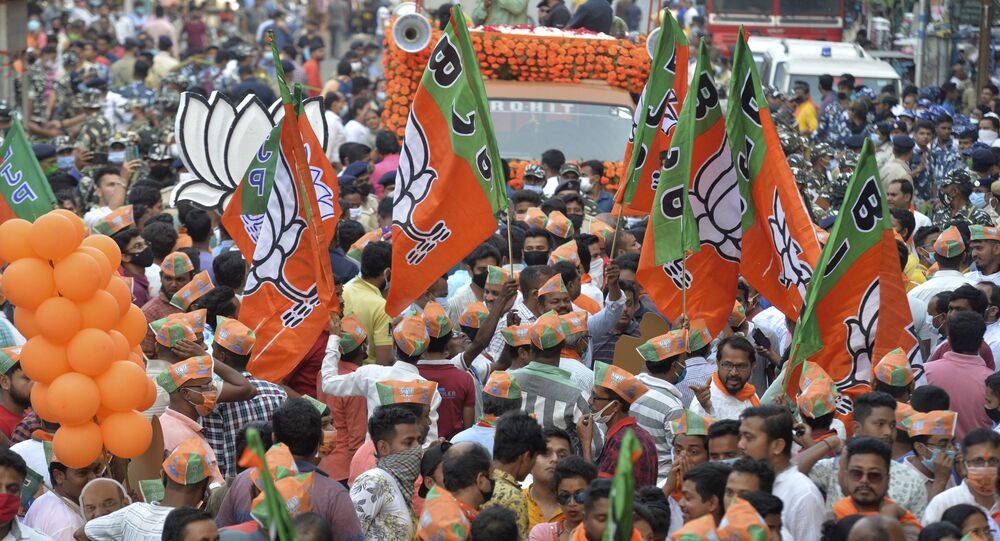 At least 17 people have died and several others have been injured in clashes that have rocked India's West Bengal state since Sunday. All of the dead are reportedly party workers from the state's governing Trinamool Congress (TMC) and federally ruling Bharatiya Janata Party (BJP).

As clashes erupted in West Bengal after election results were announced, a host of images started circulating on social media allegedly showing the chaotic situation. However, many photos and videos have been flagged for allegedly being old, unrelated, or unverified.

For example, on Wednesday the official Facebook page of the Bharatiya Janata Party's (BJP) West Bengal branch shared a video accusing the ruling Trinamool Congress (TMC) party of violence, but when the footage hits the 2 minutes 35 seconds mark, a man referred to as "Manik Moitro" is seen, who the BJP claims was killed as a result of the unrest. But Abhro Banerjee, a New Delhi-based journalist working for the India Today, has come out and said he is in fact the man in the video.

Soon after the BJP post went viral, Banerjee took to Twitter and wrote, "BJP IT Cell is now claiming I am Manik Moitra and died in Sitalkuchi. Please don't believe these fake posts."

I am Abhro Banerjee, living and hale and hearty and around 1,300 km away from Sitalkuchi. BJP IT Cell is now claiming I am Manik Moitra and died in Sitalkuchi. Please don't believe these fake posts and please don't worry. I repeat: I am (still) alivehttps://t.co/y4jKsfx8tI pic.twitter.com/P2cXJFP5KO

​He also shared the link of the video, which the BJP later removed from its social media accounts.

Since Sunday, when the state election results were released, violence has broken out in West Bengal with the BJP claiming over 14 of its members have been killed.

West Bengal Chief Minister Mamata Banerjee was sworn in for the third time after her TMC party won 213 seats against the BJP's 77.

Earlier in the day, four officials from the federal Home Ministry were sent to monitor the measures implemented by the local administration to control the unrest.