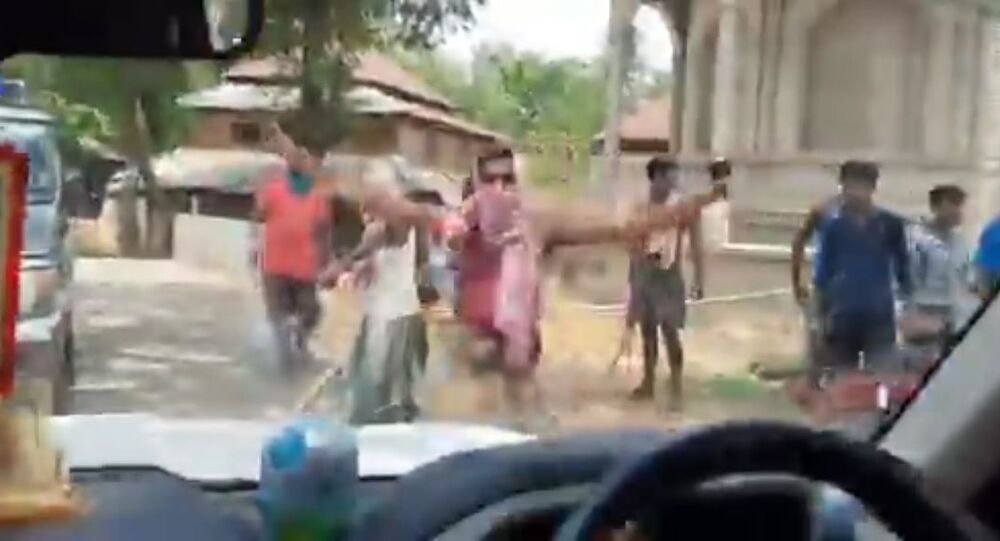 Scores have been injured and more than a dozen killed from the violence that kicked off in India's state of West Bengal, after election results showed the Trinamool Congress had won a massive majority, leaving Narendra Modi's BJP red-faced. The BJP claims that Trinamool workers have been targeting Hindus and its political staff.

India's Minister of State for External Affairs, Vellamvelly Muraleedharan, escaped unhurt after demonstrators attacked his convoy with sticks during his visit to the Panchkhudi area of West Bengal’s Midnapore district on Thursday.

Muraleedharan tweeted a video in which he can be seen sitting in a car as the mob blocked his convoy's way and broke the windscreen of the vehicle. The driver of his car and several others suffered critical injuries in the attack.

Muraleedharan has claimed that his attackers are the workers of West Bengal's governing Trinamool Congress (TMC) party.

Calling it a law-and-order situation, the BJP president Jagat Pradash Nadda, who is on a two-day visit to the state, tweeted that the violence was supported by the TMC. However, senior TMC member, Mamata Banerjee, who swore her oath on Wednesday as West Bengal's chief minister, has accused the BJP of starting the violence.

Nadda condemned the attack on Muraleedharan, claiming that 14 BJP workers have been killed and nearly 100,000 have fled their home. He added that rapes are on the rise.

​With the ongoing post-election violence in West Bengal, India’s right-wing Hindu organisation Vishwa Hindu Parishad (VHP) spokesman Vinod Bansal said: “Now state police initiated a drive to frame false cases against the victims who raised their voice by posting true pictures and videos to save themselves.”

He emphasised that Mamata Banerjee should ensure the safety of Hindus and that the Trinamool Congress attacker and fellow "jihadists" should face severe reprisals.

In the recent West Bengal elections, Mamata Banerjee won 213 seats against the 77 won by the Bharatiya Janata Party (BJP).