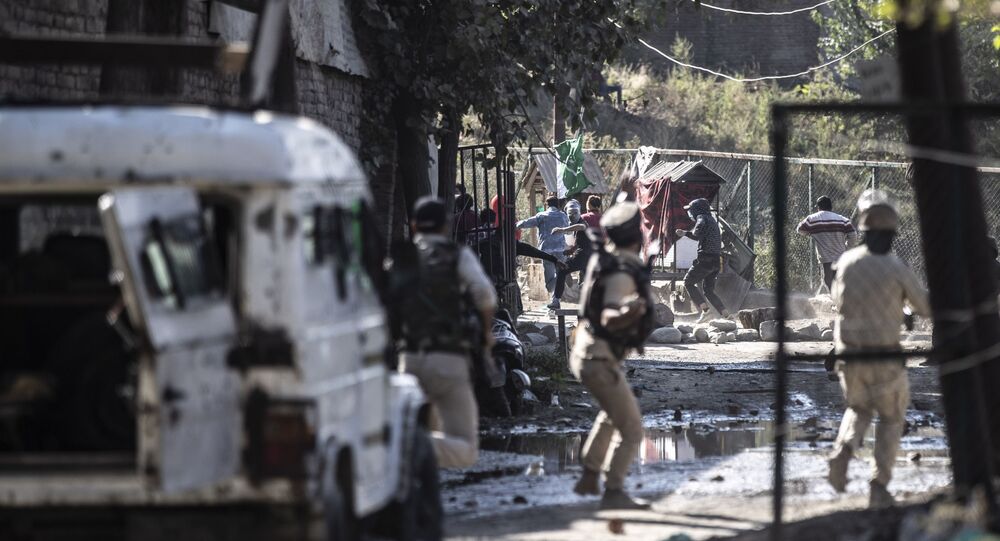 There has been an uptick in encounters between terrorists and the Indian security forces in the Kashmir region over the last few months.

A newly-recruited terrorist called upon fellow militants to surrender to the Indian forces during a live encounter in Jammu and Kashmir's Shopian district on Thursday, as per a video shared by Kashmir Zone Police.

In the video, terrorist Tausif Ahmad is seen urging three other terrorists holed up in a house in Shopian to “come out and surrender”.

“The Indian forces are also giving you a chance. Please surrender yourself to the forces. I am happy that they gave me a chance too. They haven’t mistreated me at all. They have assured me that all of you will be treated well if you come out and surrender…” Ahmad told his comrades on the loudspeaker.

The video has met with surprise on social media, with netizens saying that such a thing could have happened only in India.

​Despite the appeal of Ahmed, the three other terrorists refused to heed the surrender plea and were gunned down by the Indian forces, according to officials.

The security forces said that they had acted on a tip-off on Wednesday night, after being informed of the presence of terrorists in Shopian district’s south Kanigam locality. Once they had zeroed down on the house where the terrorists had been hiding, they made several appeals asking them to surrender, officials said.

According to the security forces, their initial demand that the combatants surrender was spurned by the terrorists, who lobbed a grenade at them, triggering a gunfight. During the gun battle, Ahmed came out and surrendered, police said.

Police said that the three terrorists belonged to the terror outfit Al-Badr. The outfit is mostly active in the militancy-hit southern Kashmir region and has been banned by both India and the United States.