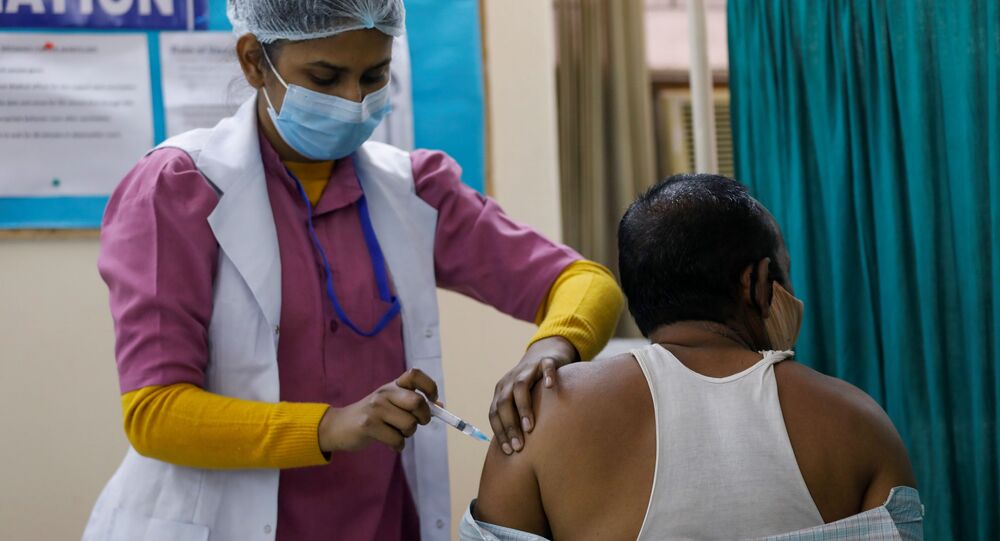 Indian States Say It's Unlikely Adults Will be Vaccinated From 1 May, Despite Government's Promises

According to the federal Health and Family Welfare Ministry, around 24.8 million people have been vaccinated with both doses of the COVID-19 vaccine as of Tuesday.

In a bid to contain the second COVID-19 wave in India, earlier this month the central government announced that from 1 May all adults (aged above 18) will be offered the vaccine. However, several state governments have now said this might not be possible due to jab supply shortages.

The affected states include Chhattisgarh, Jharkhand, Punjab, and Rajasthan.

On Tuesday evening, Maharashtra State Health Minister Rajesh Tope said, “Availability of the vaccine is a big question. We can spend, but there are limited manufacturers who can supply.”

He also told reporters that he was informed by the Serum Institute of India that the Covishield vax will only be supplied by 20 May, while Maharashtra state is waiting on a reply from Bharat Biotech about vaccine delivery.

Currently, India is administering two vaccines: Covishield, the Indian-made version of the AstraZeneca jab, and Indian-made Covaxin by Bharat Biotech.

India has also approved Sputnik V, which is expected to be rolled out from 1 May.

Vaccine shortages have been reported in states including Tamil Nadu, Kerala, and Chhattisgarh, but the central government denies this.

In a statement, the federal Health Ministry has said that at least 150 million COVID vaccines have been sent to states nationwide for free since the rollout began. The US is preparing to send a further 10 million jabs to India.

Approximately 8 million doses are in the pipeline to be sent to Tamil Nadu, Kerala, and Chhattisgarh in the next three days, the government said.

According to recently released figures, Punjab will soon receive 350,000 doses.

The data shows that Uttar Pradesh and Bihar are scheduled to receive the highest numbers of vaccines over the next few days, with 1.1 million and 700,000 does respectively.