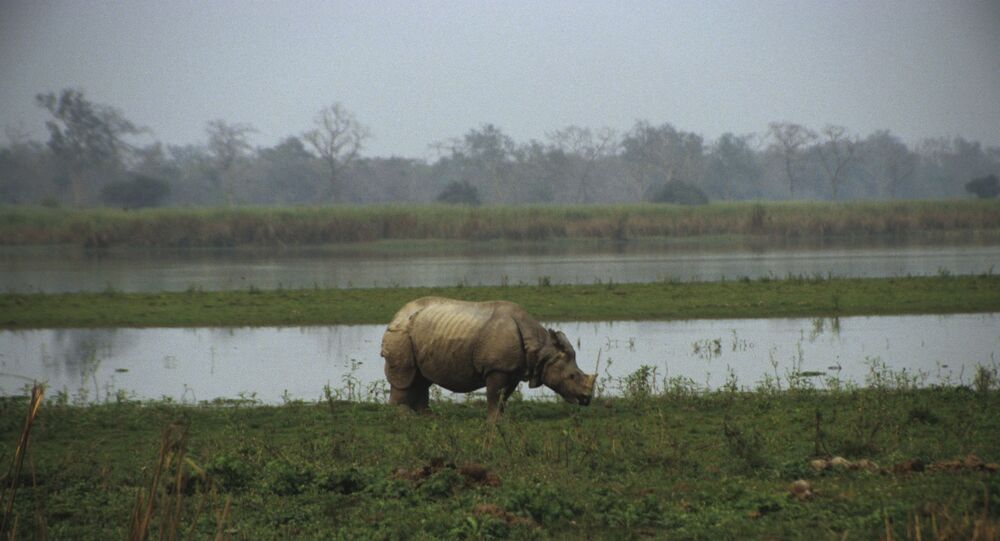 According to the European-Mediterranean Seismological Center (EMSC), the earthquake's epicenter was located at a depth of 40 km, while the United States Geological Survey (USGS) registered the focus of the tremor at a depth of around 29 km.

A strong 6.2-magnitude earthquake struck the state of Assam in northeastern India on Wednesday night, with its epicentre located approximately 18 km northwest of the town of Dhekiajuli, the EMSC reported.

Tremors were recorded at 2:21 UTC 98 kilometres northeast of the largest city in the state, Guwahati, which has a population of more than 1 million.

​In its turn, India's National Centre for Seismology (NCS) recorded 6.4-magnitude tremors at a depth of 17 km below the ground, 43 km to the west of the city of Tezpur.

There were no immediate reports on any specific damage or injuries caused by the earthquake.

Meanwhile, Indian social media users shared their earthquake experiences, and even memes about it, online.

#earthquake #assam
Earth Quake in Lower Assam (at 7.53 am)
Everyone: Earthquake!
Le Me: pic.twitter.com/ej4oxgRjEj

According to scientific researches, 70% of the Himalayas, which is located near the state, are at risk of massive earthquakes.

The state of Assam accounts for more than half of India's tea production and is located in the northeast of the country.