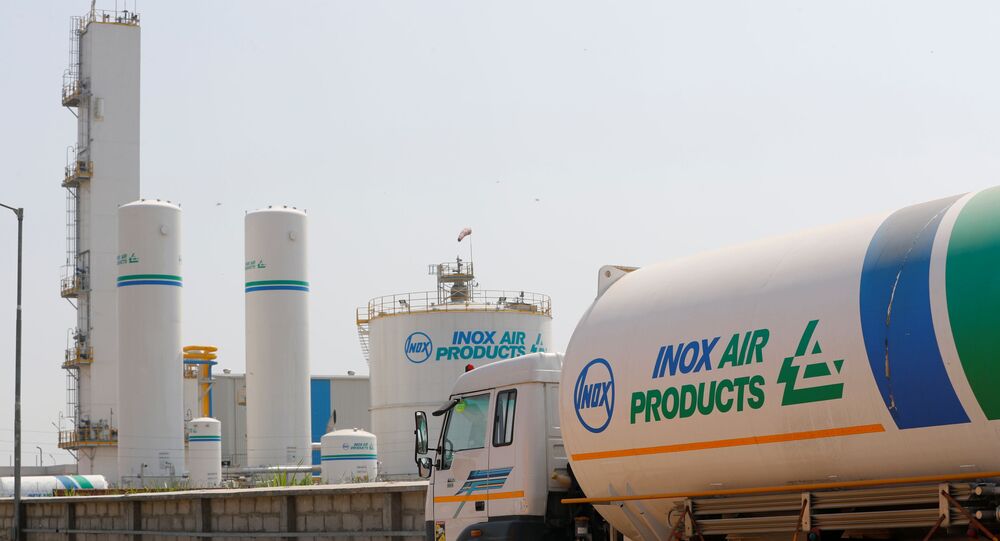 The Prime Minister's office on Sunday gave its approval "in principal" to the setting-up of 551 dedicated oxygen-generation plants across the country, financing the project through the PM-Cares fund which was founded last year to collect donations to tackle COVID-19.

Refuting the claim by India's federal government that it had offered to install five Pressure Swing Adsorption (PSA) oxygen-generation plants in Delhi last October, Delhi's state government, led by Arvind Kejriwal, said that only one plant has been made operational to date.

It added: "Only one of the five plants has been made operational so far."

On Sunday, the federal government claimed it had proposed to set up five oxygen plants in Delhi in October 2020, but it was delayed as the Delhi government did not submit "site readiness certificates".

© REUTERS / FRANCIS MASCARENHAS
India Scrambles to Augment Its Oxygen Production Amid Severe Crisis as Hospitals Run Out of O2
"We are shocked to learn that the federal government is now using site certificates not being available as an excuse for the delay in plants. This has never been brought to the Delhi government's notice and is an outright lie," the state government said.

The development comes as Delhi is seeing the world's worst surge in COVID-19 cases, and hospitals are struggling to procure medical oxygen.

On Sunday, the Prime Minister's office said eight PSA oxygen-generation plants will be installed in Delhi. These plants will enhance the capacity of liquid medical oxygen (LMO) by 14.4 metric tonnes.

It is expected that four of these eight plants will be operational by 30 April.