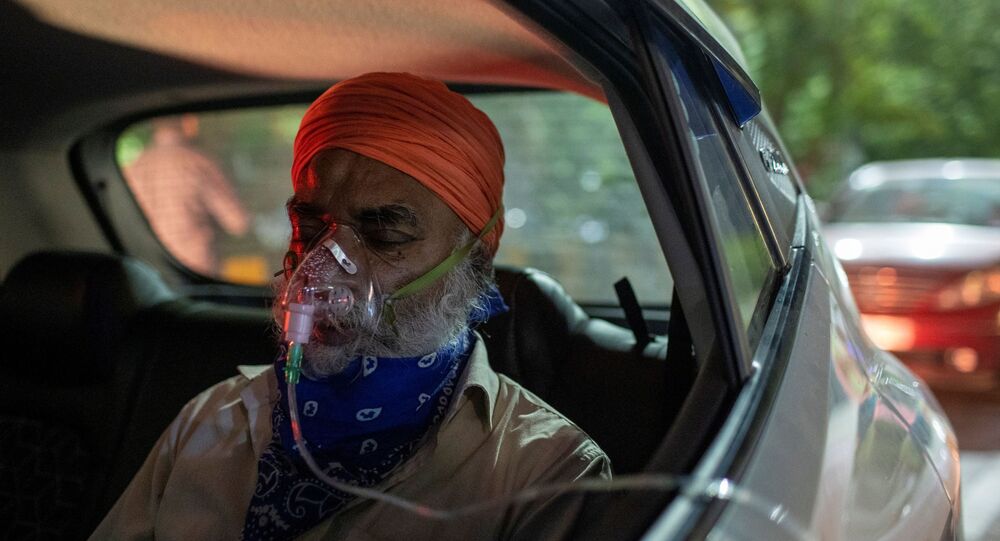 Last week, the Delhi High Court said that the second coronavirus wave in India is actually a “tsunami”. In the last 24 hours, India has recorded nearly 353,000 new cases and 2,812 deaths.

Keeping the severity of the COVID situation in India in mind, countries around the world have extended all the help possible while sending the country the motivation to stay strong during these difficult times.

The US has also "identified sources of specific raw material urgently required for Indian manufacture of the Covishield vaccine that will immediately be made available for India".

US President Joe Biden has also expressed support to India on Twitter.

Just as India sent assistance to the United States as our hospitals were strained early in the pandemic, we are determined to help India in its time of need. https://t.co/SzWRj0eP3y

​Over the weekend, social media overwhelmingly reflected the love and support India has been getting from various countries, especially after the iconic Burj Khalifa in Dubai lit up with the Indian tricolour in a show of solidarity. The tallest building in the world displayed a message that read #StayStrongIndia, videos of which have been making the rounds on Twitter and Instagram in India.

But this is not the only way that the United Arab Emirates (UAE) has shown support to India. While Saudi Arabia is exporting oxygen generators and at least 80 tonnes of the life-sustaining gas, the UAE is also sending a huge shipment of oxygen concentrators to India.

The UK will also be sending over nine airline container loads with supplies, including 495 oxygen concentrators capable of extracting oxygen from the air, 120 non-invasive ventilators, as well as 20 manual ventilators this week.

A press statement from the British High Commission in New Delhi said the UK was dispatching “more than 600 pieces of vital medical equipment" to “support the country in its fight against COVID-19".

British Prime Minister Boris Johnson, who recently cancelled his bilateral meeting with his Indian counterpart Narendra Modi due to the COVID situation in the South Asian country, has also revealed that he is in contact with Indian authorities and ready to help.

A video of Alex Ellis, the British high commissioner to India, telling Indians in Hindi that London is standing shoulder to shoulder with Delhi in these times of crisis has garnered much appreciation online.

​Last week, Germany allowed India to airlift 23 oxygen plants that are expected to arrive in the country this week.

India’s neighbour Pakistan is also offering relief support to India, including ventilators, Bi-PAP, digital X-ray machines, personal protection equipment, and related items, as “a gesture of solidarity”, according to a statement released by Pakistan's Foreign Office on 24 April.

proud of Pakistanis for showing genuine concern towards India. they’re going through the toughest ordeal. kindness truly helps reduce agony, even if it doesn’t cure it. this is the Pakistan i want to see. lots of prayers for Indian brothers & sisters. #PakistanstandswithIndia pic.twitter.com/v0QWh0BCr5

​Bhutan will also be supplying oxygen to the north-eastern Indian state of Assam.

Reading several Indian articles that #Assam will be importing oxygen from #Bhutan - trying to verify it on our side. It'd make many Bhutanese happy to know we can reciprocate #India's goodwill towards us in some way, if true.

My thoughts & prayers are with India, everyday. 🙏🏻

​Describing the virus as a common enemy of all of the mankind, the Chinese Foreign Ministry last week said that Beijing had taken note of the recent "grave situation in India with a temporary shortage of anti-epidemic medical supplies" and offered help to address the country's oxygen scarcity.

India, however, is not proactively depending on China for assistance, The Times of India reported over the weekend. Last year, the COVID testing system in India was disrupted for at least three days after the test kits received from China turned out to be "faulty". China denied the claims at the time.

​The first case of the virus was reported from a wet market in China’s Wuhan province in late 2019, with the World Health Organisation (WHO) probing the origins of the virus.

The novel coronavirus, which is known to attack the respiratory system of humans, has infected more than 146 million people worldwide, resulting in over three million deaths, according to Johns Hopkins University.

In recent days, several hospitals in Delhi as well as other parts of the country have sent SOS signals over depleting oxygen arrangements in their facilities.

Civilians are helping each other out on social media with leads on the availability of COVID-fighting resources, while the Indian government and the Army are arranging more beds and supplies for patients.

Google CEO Sundar Pichai, who was born in Chennai, India, has also announced a relief fund of over $18 million to help his compatriots amid the ongoing crisis.