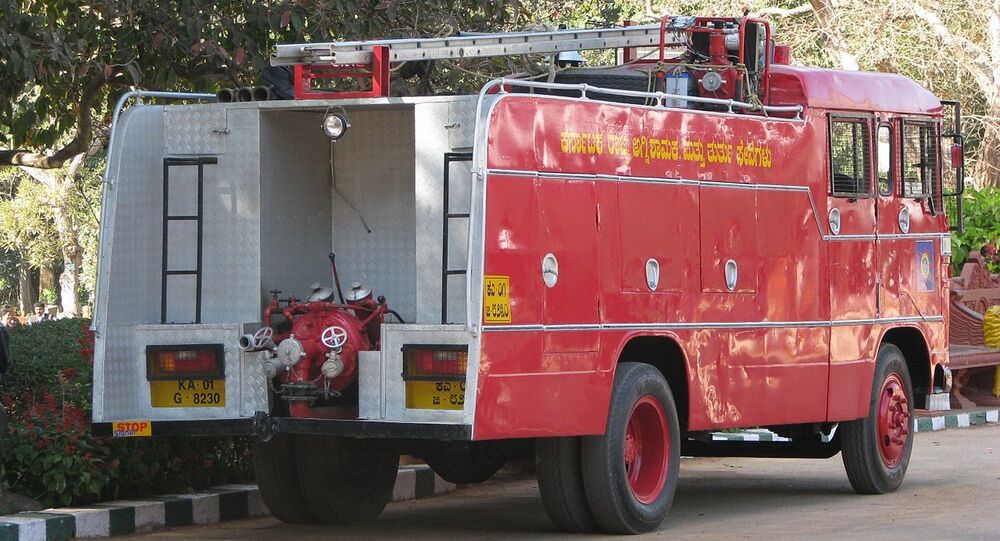 Following the incident, the Prime Minister's Office tweeted about the tragic incident, offering condolences to those who lost their loved ones in the accident. They also announced an ex-gratia of INR 200,000 ($2,666) each for the next of kin and INR 50,000 ($666) to those seriously injured.

At least 13 COVID-19 patients died after a fire broke out at a private hospital in India's Maharashtra state on Friday morning.

According to the officials, the fire broke out in the intensive care unit (ICU) on the second floor of the four-storey Vijay Vallabh Hospital at Virar in Palghar District at around 3:15 am (local time).

"Around 17 patients were present in the ICU when the fire broke out. Several fire tenders were rushed to the spot. The fire was brought under control by 5:30 am," District Disaster Control Cell chief Vivekanand Kadam told Sputnik.

He further mentioned that four patients were rescued and shifted to other hospitals in the area.

​"The fire took place at the hospital due to an explosion in the Air Conditioner unit of the intensive care unit. We are expecting a short-circuit to have been the cause of the fire," Kadam said.

The Maharashtra government has ordered a probe into the incident.

Saddened by the loss of lives due to tragic fire at a Hospital in Palghar, Maharashtra. My condolences to the bereaved families. Praying for the speedy recovery of the injured.

​The tragedy comes two days after 22 COVID-19 patients suffocated to death after their their oxygen supply stopped suddenly due to a malfunction in the main storage at a civic hospital in Nashik, a city in the same state. The patients were either on ventilators or oxygen support.