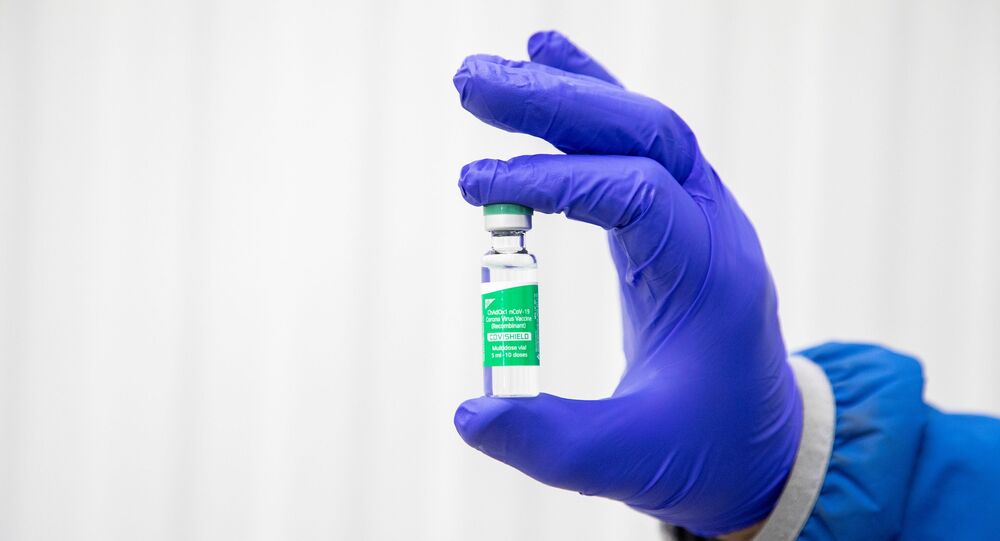 The Indian government's announcement that the COVID vaccine will be available to everyone aged 18 and above from 1 May - albeit for a price - has been criticised by former finance minister Palaniappan Chidambaram. The Congress politician accuses the government of “abdicating” its responsibility by letting private companies decide the cost of jabs.

India's former finance minister Palaniappan Chidambaram has criticised Prime Minister Narendra Modi's new vaccine policy announced on Monday, on the grounds that private businesses have been given the power to decide what the price should be of the COVID vaccines that will be given to most of the population.

"By liberalising the vaccine pricing, and by not fixing a price for states at the same rate as it is available to the federal government, the [Modi] government is paving the way to unhealthy price bidding and profiteering," Chidambaram, a senior leader from federal opposition Congress Party, said at a press briefing on Tuesday.

“Nowhere in the world has any government left its vaccination programme to be determined by the vagaries of market forces, and for good reason,” he claimed.

India on Monday announced a “liberalised and accelerated” Phase III vaccination strategy, which lowers the vaccination age to 18 years and above. The next phase of the vaccination would be rolled out from 1 May and will cover the majority of India's 1.3 billion people, the country's median age being 28.

© AFP 2021 / Tauseef MUSTAFA
India Mobilises Army to Fight Pandemic, Sets Up Hospitals on a War Footing
According to federal guidelines, COVID vaccine manufacturers would have to supply 50 percent of their doses to the federal government, which is at present inoculating people above the age of 45 (and those below 45, if they have comorbidities) free of charge.

The remaining 50 percent of the supply is to be made available to the state governments on “the open market”, with prices to be announced by the companies before 1 May, according to an official release.

Chidambaram accused Modi’s government of “abdicating” the responsibility of vaccinating the poor and healthcare workers who are less than 45 years old by excluding them from the federal vaccination programme.

“Under the modified vaccine policy, the states will bear the responsibility and cost of vaccinating the poorer sections who are below the age of 45 years and are neither healthcare workers nor frontline workers,” the leading member of the opposition pointed out.

Chidambaram said that the new vaccine policy would thus increase the “inequality” gap between the rich and poor by potentially depriving poorer households of vaccine.

Pointing out another supposed “loophole” in the Phase III vaccination policy, Chidambaram also called upon the government to reveal whether foreign manufacturers have agreed to export adequate quantities of vaccine to meet Indian demand.

“It is also not clear if the central government will take the initiative to import foreign-made vaccines and distribute them among the states,” he said.

The federal government’s decision to make vaccines available for those who are more than 18 years old comes during a particularly devastating second COVID wave in the south Asian nation, where the number of new infections has exceeded 200,000 a day for the past five days.

According to the federal Health Ministry, as of today, more than 15.3 million infections have been registered in the country to this date, the second-highest number of cases in the world after the United States.