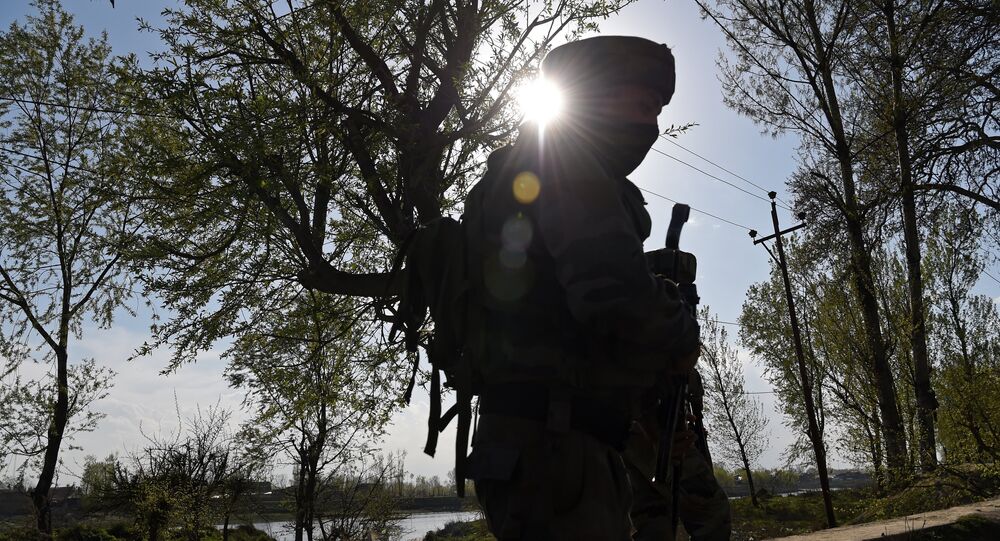 India Mobilises Army to Fight Pandemic, Sets Up Hospitals on a War Footing

India's Defence Research and Development Organisation (DRD) has provided civilians with a supplementary oxygen delivery system it uses for soldiers posted at extreme altitudes, mainly Pakistan and the border areas with China. The indigenously developed system is a "boon in the current pandemic as it can be used in the household," it said.

India's defence minister Rajnath Singh has called upon the services of the country's defence forces to aid civilians fighting the pandemic.

On Tuesday morning, Singh spoke to Army Chief, General Manoj Mukund Naravane, Defence Secretary Ajay Kumar, and Shri APVS Prasad, the Chief of the Defence Research and Development Organisation (DRDO), asking them to offer facilities and expertise to civilians during the COVID-19 crisis.

The Ministry of Defence had issued directions to "ensure that cantonment general hospitals maintained by cantonment boards across the country extend all necessary medical assistance and services to patients coming to them for treatment."

​The defence minister has also asked Naravane the for army units in various states to contact state administrations to find out what requirements they might have such as the creation of additional capacities to deal with a rising number of patients, according to various Indian news agencies.

The directions have been issued after the ministry reportedly received requests from various states to construct "pop-up" COVID hospitals such as the one the DRDO opened in Delhi on Monday. The organisation is in the process of setting up COVID hospitals in five cities - Delhi, Lucknow, Ahmedabad, Patna and Nasik.

In Lucknow, Uttar Pradesh's state capital, the organisation has set up two COVID hospitals with 1,000 beds, including 350 in the intensive care unit, and in Ahmedabad, the largest city in Gujarat, a 900-bed hospital is being set up with doctors and paramedics from the paramilitary forces being brought in to manage it.

The Indian Army already has come to the aid of state governments and the Indian Railways in increasing the supplies of oxygen available by ferrying oxygen transporters to various sites using its rolling stock. The army's rolling stock comprises railway wagons of different types and categories that are normally used to transport heavy vehicles, equipment and personnel.

Based on a formal request by Indian Railways, #IndianArmy made available its critical rolling stock for transportation of #Oxygen laden trucks to meet the critical requirement of Oxygen for #Covid hospitals across the country. (1/2)#IndianArmy#NationFirst pic.twitter.com/CzsIRN2YFk

The first demand received is for 32 wagons of which the first rake is likely to leave Panvel for #Visakhapatnam for filling Oxygen by this evening. (2/2) pic.twitter.com/OhvAT2hyXZ

​The Defence Research and Development Organisation has said that its SpO2, supplemental oxygen delivery system, is a great boon in the household and will "greatly reduce the workload and exposure time of doctors and paramedics to monitor the oxygen levels of a COVID infected patient".