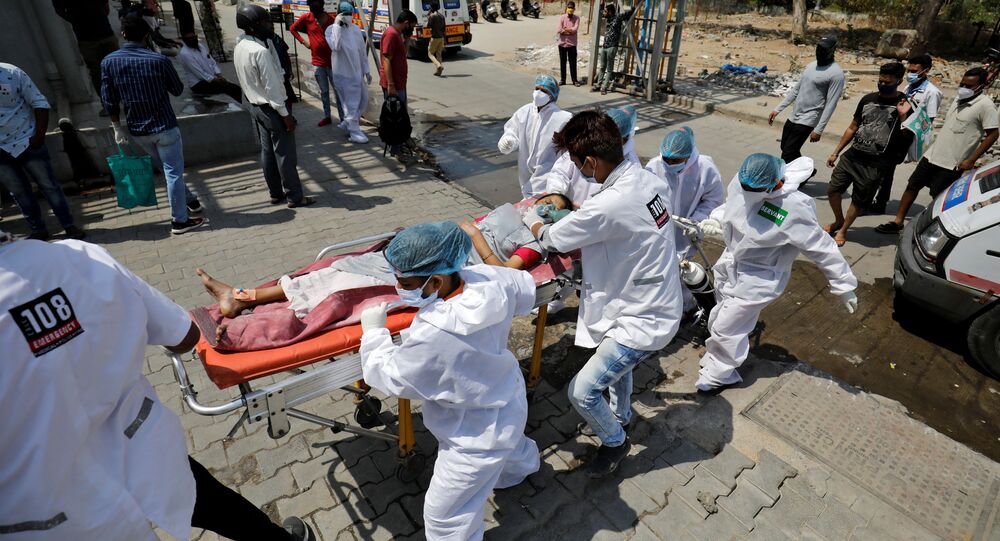 India has reported its highest-ever single-day spike of COVID-19 cases, with over 273,000 new infections and more than 1,600 deaths in the past 24 hours. The total tally has now crossed 15 million.

The surge in COVID-19 cases in India and associated chaos has prompted a number of politicians from different parties to demand that a special parliament session be called to take stock of the rapidly deteriorating situation.

The demand comes as India is facing a second wave of the pandemic, with the country's health system coming under overwhelming pressure.

Chiefs of various states have flagged issues like a dearth of beds, medicines, oxygen, and even health workers as an increasing number of frontline workers have fallen victim to the virus. According to the opposition, the country has been facing an acute shortage of vaccines along with medicines required to treat COVID-19.

Delhi Chief Arvind Kejriwal said that "oxygen has become an emergency in Delhi".

Del facing acute shortage of oxygen. In view of sharply increasing cases, Del needs much more than normal supply. Rather than increasing supply, our normal supply has been sharply reduced and Delhi’s quota has been diverted to other states.

OXYGEN HAS BECOME AN EMERGENCY IN DEL

On Monday, Sanjay Raut, a parliamentarian from Maharashtra state's ruling Shiv Sena party, demanded that a two-day session be convened by the government to discuss the situation in the face of the "total chaos" unleashed by the pandemic.

It's an unprecedented & almost a war like situation. Utmost confusion & tension everywhere!

No beds,no oxygen & no vaccination as well ! It's nothing but TOTAL CHAOS !

A Spl session of the Parliament for atleast 2 days should be called to discuss the situation!
जय हिंद! pic.twitter.com/c5rWbhyTD0

Congress politician ​Manish Tewari appealed to Indian President Ram Nath Kovind, saying that a two-day session must be convened in view of the situation turning "grave".

​Tewari said that the situation in the country is getting "out of hand and has come to such a pass that hospitals do not have beds, vaccine centres are without vaccine, oxygen has run out in states and the graveyards and cremation grounds are overburdened".