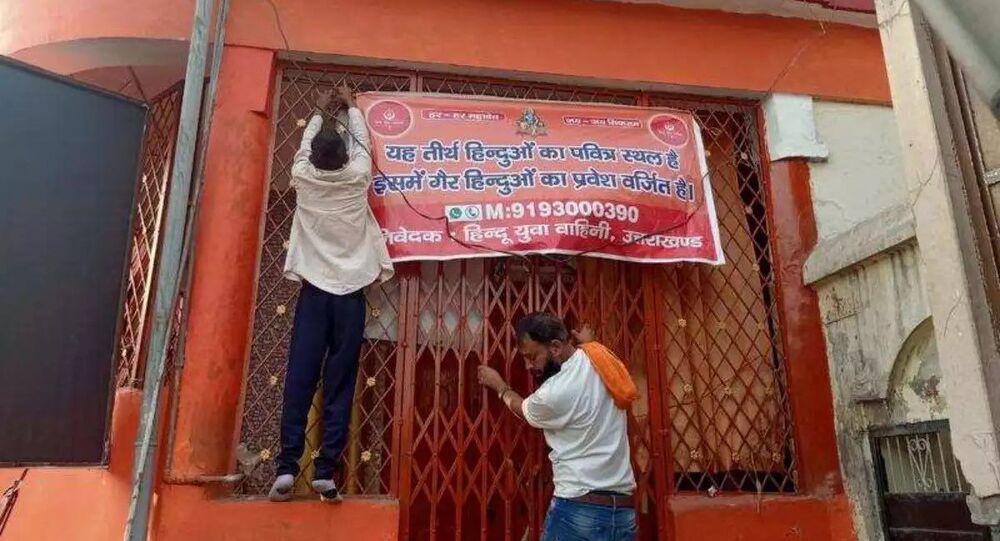 The second wave of the deadly Coronavirus pandemic is hitting India hard, with several cities struggling with shortages of hospital beds, ventilators, oxygen cylinders, vaccines and even crematoria. Despite the rising case count and death toll, people seeking a break from this pandemic-stricken work-from-home monotony have been travelling around.

Amid an escalating tide of new COVID cases, the ancient temple town of Varanasi, also known as Banaras, in India’s Uttar Pradesh (UP) state has issued an advisory, asking all travellers to cancel their trips to the temple town.

The Varanasi district currently has over 10,000 active infections, making it the third worst-affected city in Uttar Pradesh after state capital Lucknow and Prayagraj city.

"We appeal to domestic and international tourists planning to visit Varanasi to cancel their trip this month because of the unprecedented Covid infections," Varanasi District Magistrate Kaushal Raj Sharma said in the advisory.

As of now, the Indian authorities have not halted train traffic or grounded flights to keep Indian citizens from travelling within the country despite the total of number of new Coronavirus cases reaching 200,000 in the last 24 hours alone.

At a time several Indian states have imposed night curfews and partial lockdowns in their cities, people confined at home have been expressing disappointment at those who are flocking to tourist destinations like Goa to “party and chill” amid the ongoing pandemic.

Good piece! It's tragic to see how Indian tourists are flooding into Goa to party, with complete disregard for social distancing, mask wearing and other safety norms. Locals suffer as the pandemic does not abate in Goa and they're forced to limit work and social interactions

The pandemic has been a bigger revelation of who gets to move around and have some fun while most of us are confined to moving around for essentials.
Goa is just a sitting duck..No Indian cares as long as they get to 'chill' in Goa. #Goa #pandemic #GoaRedZone #tourists

The situation is even scarier in Himalayan state of Uttarakhand, which is regarded as the “Dev Bhoomi” or Land of Gods. Haridwar, a city in Uttarakhand state is hosting the Kumbh Mela – that attracts millions of Hindu devotees from all walks of lives to take holy dips in the Ganges. According to the celestial positions of the Sun, Moon and other planets, the Kumbh is organised at a time when Hindus believe the water of the Ganges transforms into an elixir of purification and taking a dip in its sacred water could absolve their sins.

With more than 1,000 Kumbh attendees testing positive earlier this week, the tourist state of Uttarakhand is reeling under fears of a massive virus outbreak.

​Haridwar is also just 241 kilometres from Delhi, making it a mere four-hour journey. Hence, Delhiites are also worried that Kumbh attendees who would be travelling back from Haridwar to Delhi before dispersing to their hometowns could carry the infection to the nation's capital. The capital city has already recorded over 18,000 new cases in recent days.

As of now, no other Indian tourist destination has advised travellers to cancel their trips except Varanasi.

India, meanwhile, recorded its biggest-ever single-day spike on Thursday for the second day in a row with 200,739 new Covid-19 cases and 1,038 deaths in the last 24 hours.