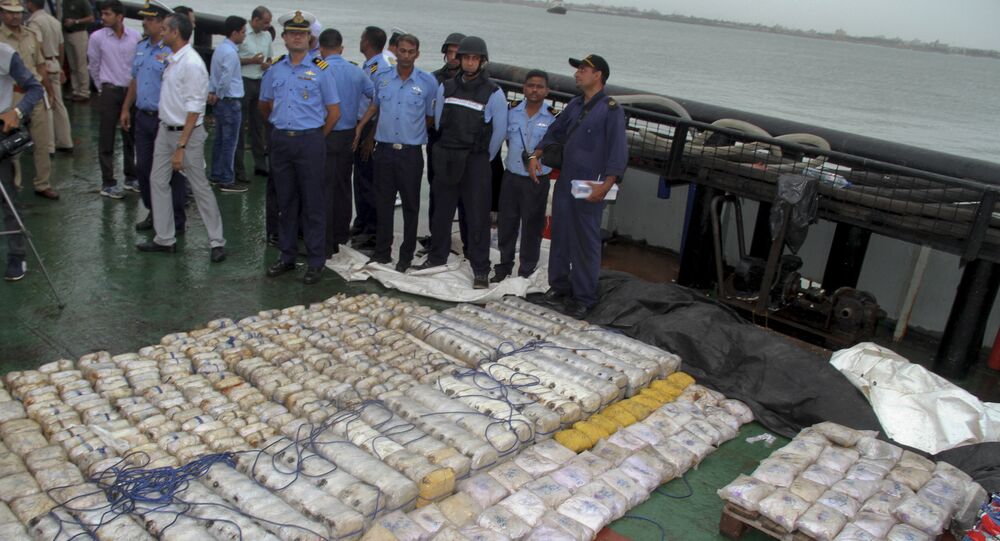 Speaking to Sputnik, a senior official requesting anonymity stated that the boat was found in Indian waters.

​"The operation was carried out in coordination with the Anti-Terrorism Squad of Gujarat. We have recovered around 30 kgs of heroin from the boat worth INR 1 billion ($13.69 million) in the international market. The cost keeps escalating as it moves out of Afghanistan, where it is produced," he said.

The officer further mentioned that the boat, which is still at sea, will be brought to shore for a joint investigation by various Indian security agencies.

"We will be checking the boat thoroughly for any more hidden items," the official stated.