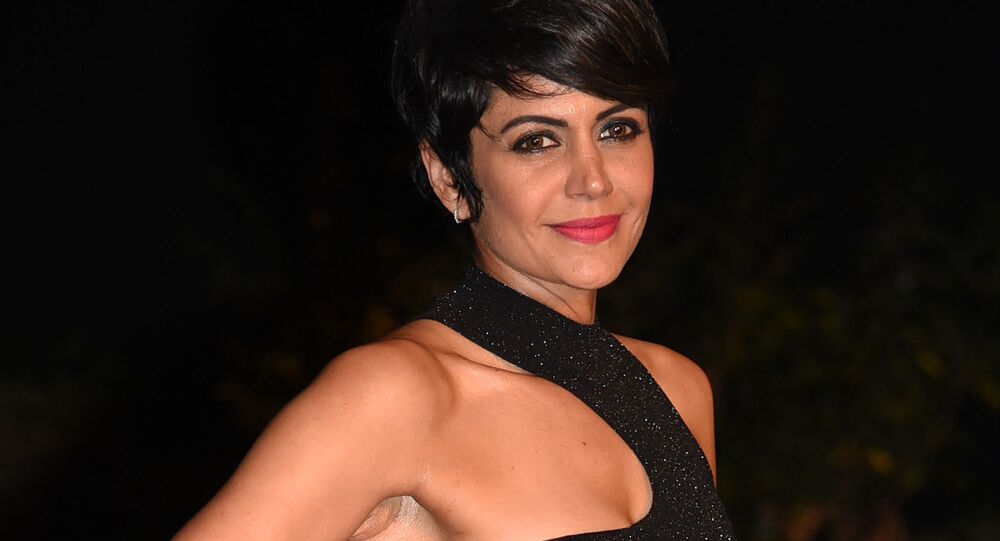 Bollywood actress Mandira Bedi gave struck back at trolls who have been bombarding her with criticism, calling her adopted daughter Tara a “street kid” from a “slum centre”.

In a recent Instagram story, Mandira posted some pictures and videos of her spending family time with her adopted daughter Tara and son Vir.

While many netizens praised her for adopting Tara and providing her with a better life, one of the users called her a prop daughter and asked Mandira from which slumdog centre the girl was adopted from.

Mandira called out the troll, replying “People like this need to be given a special mention. Kudos @bollywoodforevaaa, you got my attention, you piece of shit.”

"You Piece of Shit": #Bollywood #actress @mandybedi Gives befitting replies to trolls for asking her, "From which slumdog centre did you adopt your prop daughter?" pic.twitter.com/RKVwfYru0z

Another user called Tara a street kid who completely looks out of place in her new family and accused Mandira of being greedy and narcissistic for doing this.

She slammed the trolls and said, "More from the model citizen. He calls himself Rajesh Tripathi, which definitely isn't his name, because sickos like this are the biggest cowards too, who only know how to wag their tongues behind the shield of anonymity."

"Sickos like these are the biggest cowards too, who only know how to wag their tongues behind the shield of anonymity," actress @mandybedi called out #Trolls for calling her adopted daughter Tara a "street kid" from slum area. pic.twitter.com/sNvCeaIxmj

​Mandira and her husband Rraj Kaushal made headlines with the announcement of welcoming a new addition to the family, their adopted four-year-old daughter Tara.

Apart from Mandira, many other Bollywood celebs such as Sushmita Sen, Raveena Tandon and Sunny Leone, have adopted little girls instead of having their own.
...
Reddit
Google+
Blogger
Pinterest
StumbleUpon
Telegram
WhatsApp
0 0