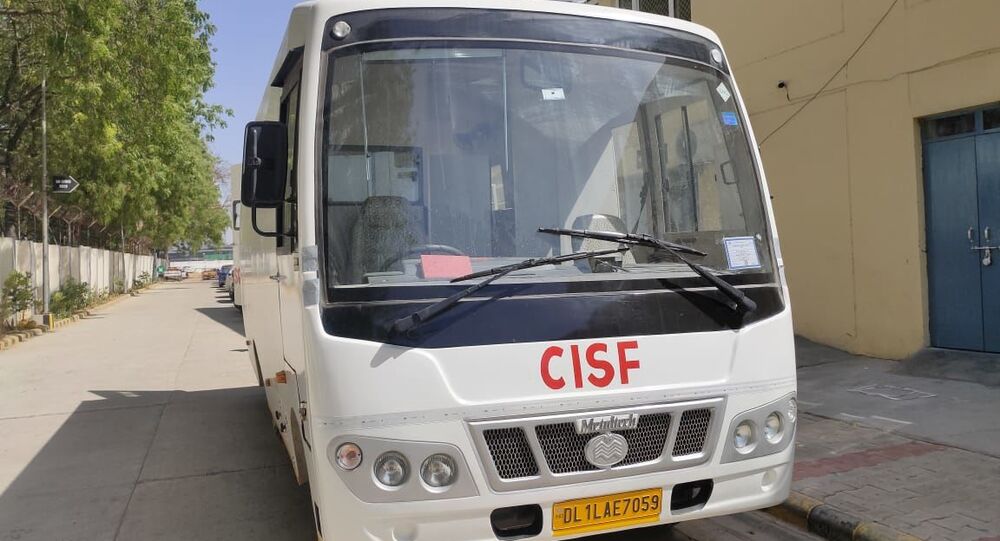 Delhi's Indira Gandhi International (IGI) Airport is the 17th busiest airport in the world and the sixth busiest in Asia.

"When there is a threat bomb call, the BDDS squad has to complete the mobilisation in 7-8 minutes from the camp to the airport along with all the equipment and dogs in order to avoid any mishap," the director inspector general of CISF (airport), Sachin Badshah, told Sputnik.

The new van is equipped with two dog cages and air conditioning. There's even a set of mini fans to keep the officers and canines cool if the AC fails.

"The facility of AC will enhance the performance of the sniffer dogs who go on field. The van also has seating facility for its team members which the older one didn't have," Badshah added.

The van has a specially designed compartment to accommodate BDDS equipment along with a very high frequency (VHF) system for enhanced communication.

Currently, CISF's BDDS squad has 22 sniffer dogs which monitor suspicious objects in and around the airport.

CISF provides security to over 346 industrial units, including 61 domestic and international airports located across India.

According to CISF, there are about two dozen hoax bomb calls at IGI every year.