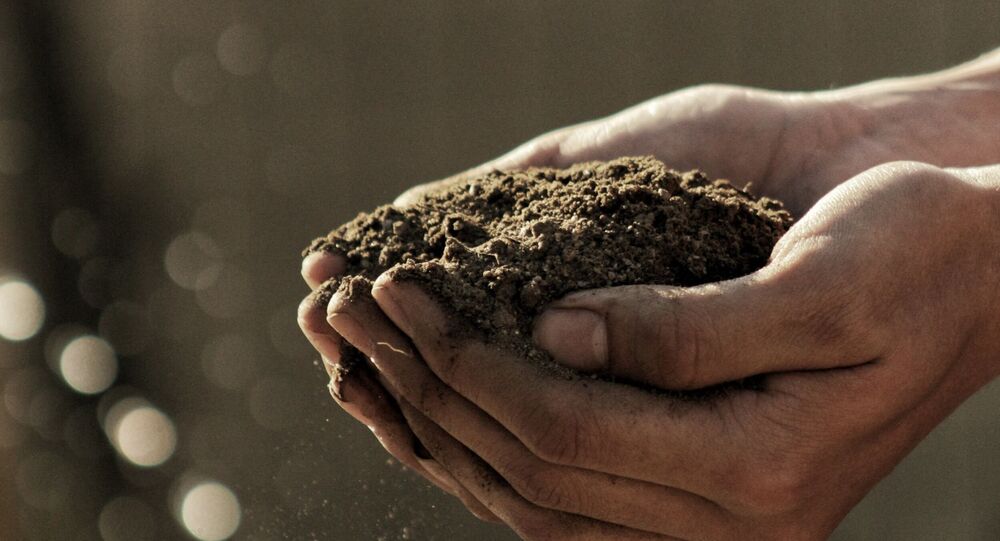 Farmers in India have been protesting against agricultural laws passed last September. Since November's end, farmers from across the country have been camping out on Delhi borders demanding that the laws be repealed.

The Bharatiya Kisan Union (BKU), an umbrella organisation of farmers in India, has laid the foundation for a "martyrs' memorial" where farmers have been protesting on Delhi's Ghazipur border – the gateway to the state of Uttar Pradesh. The move is to pay tribute to the farmers who have died during the ongoing protests against the federal government's contentious trio of farm bills.

The union says the soil for the memorial was brought by activists, mostly women, from the villages of the 320 farmers who have died during the demonstrations.

"Many died of heart ailments as they braved extremely cold weather conditions during winters in the farmer camps on Delhi borders. Few succumbed to worsening of diseases they were suffering from before they joined the protests," Dayanand Punia, a farmer leader, told Sputnik.

Must Watch:
Women farmers from all over the country have brought soil from places of significance to build a memorial to the martyrs of the Farmers’ Protest on all Delhi Borders.”

Dharmendra Malik, a farmer leader, said that as many as 50 activists visited the dead farmers' villages to collect soil.

They also journeyed to the villages of freedom fighters Bhagat Singh, Sukhdev, Rajguru, Chandra Shekhar Azad, and Ram Prasad Bismil, who died contesting British rule in India before the country's independence, to collect soil for the memorial.

Mitti Satyagraha
Farmers from Telangana and AP are enthusiastically participating in Mitti Satyagraha
Andhra Pradesh & Telangana's 150 villages have sent soil to Delhi
Using soil from pan-India, a martyrs memorial will be built at Singhu for 350+ dead in #Farmersprotest pic.twitter.com/mmkKNtSdME

LOOK AT THIS MEMORIAL OF FAMERS WHO LOST THEIR LIVES DURING FARMERS STIRR, I THINK OUR PM MUST SPEAK ON THIS TRAGEDY OR HE WILL GET BAD NAME IN HISTORY pic.twitter.com/DRAYZcBm2d

There's a deadlock between the federal government and farmers over the contentious farm laws. The government maintains that the new laws will free farmers from commission agents, giving them more options to sell their crops.

The protesting farmers, however, disagree.