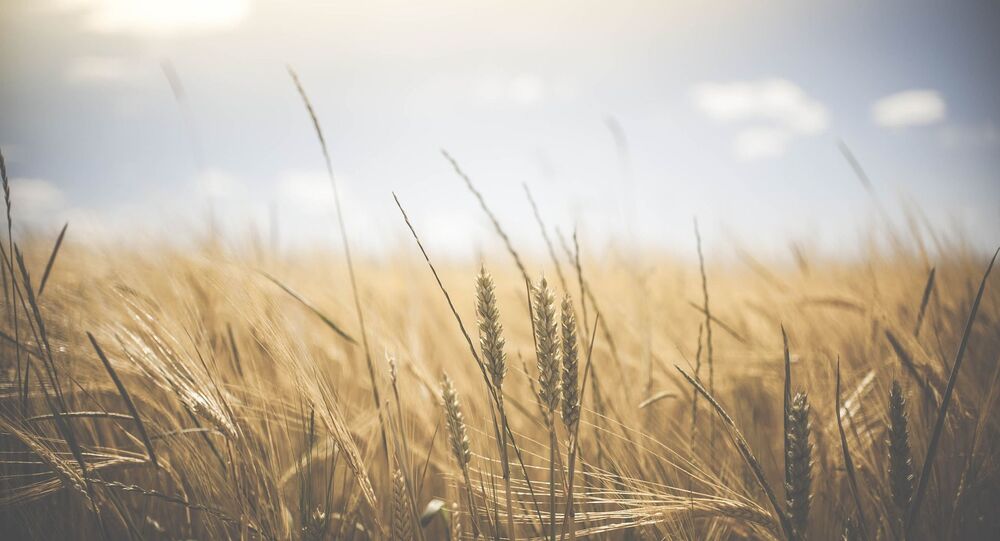 The authorities want to pay farmers directly for their produce but the commission agents – and farmers themselves – aren't happy about this.

Commission agents – or middlemen – in the Indian states of Haryana and Punjab – known as country's bread basket – have threatened to boycott buying winter crops ahead of the procurement season that starts on 8 April.

The agents are protesting against the federal and state governments' decision to implement a direct benefit transfer (DBT) scheme, which means that money for the purchase of crops will be credited directly into farmers' bank accounts.

Ashok Gupta, president of Haryana State Anajmandi Arhtiyas Association, an organisation of commission agents, told Sputnik, "We met with the state chief Manohar Lal Khattar over our demands that the direct benefit transfer scheme should not be implemented. He assured us that the matter will be taken up with the Food Corporation of India. We will boycott the procurement of crops beginning on 8 April if our demands were not met with."

The commission agents claim that the farmers themselves want to route payments through them.

"It is a lot of headache for a farmer to get his harvested crop procured by the government. It is so due to cumbersome procedure of procurement and long waiting periods. The farmer would rather pay commission to the middlemen to get the needful done rather than get into the process of selling directly to government," said Ashok Gupta.

A senior officer from Haryana's Agriculture Department told Sputnik, "The government wants to do away with the system of middlemen and that is why the direct benefit transfer scheme is being implemented. The department is sounding the federal government about the conflict."

In the neighbouring state of Punjab, which accounts for over 50 percent of country's wheat stocks, the government has locked horns with the federal government over DBT.

On 4 April, Congress Leader Navjot Singh Sidhu, who is a member of the Legislative Assembly in the Congress party-led state, slammed the federal government for "twisting farmers' arms."

In a media briefing, Sidhu claimed that the BJP-ruled federal government's insistence to implement a DBT scheme is "economic blackmail of farmers."

"The central government is arm-twisting farmers as they are protesting against the agriculture laws," said Sidhu.

Centre using flowery words of "Direct Payment" to punish Farmers for raising their democratic voice by disrupting APMC Mandi System ... 24-30% Farmers will not be paid if Direct Payment is implemented today. Govt destroying Arthiya-Kisan bond that is backbone of Punjab's Economy. pic.twitter.com/i6XASglQI3

On 3 April, Punjab State Chief Captain Amarinder Singh wrote a letter to Prime Minister Narendra Modi seeking the continuation of the existing payment system to farmers through middlemen "till a consensus is formed on the issue of DBT."

In a press statement, Singh said that the commission agents are not just middlemen but "they are service providers between the farmers and the procurement agencies."  The state Chief has sought time to meet the Prime Minister over the issue "before the situation gets out of hand."

"I strongly believe that reforms are most successful and sustainable if carried out through a consultative process with all stakeholders, ensuring ownership of all," Singh wrote in the letter to Prime Minister Modi.