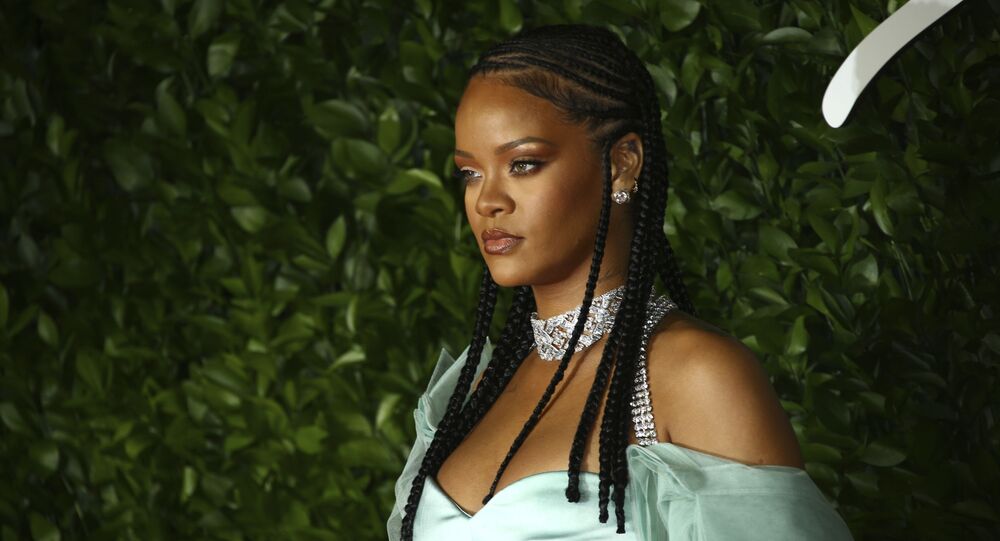 In the wake of the Atlanta shootings that had left six women of Asian descent dead last month, over 10,000 Asian-Americans demonstrated on Sunday against rising anti-Asian hate crimes in the US. Holding placards and chanting slogan like "Stop-Asian-Hate," the protesters rallied at New York city’s Foley Square in Lower Manhattan.

A video of pop star Rihanna rubbing shoulders with over 10,000 Asian-Americans to rally against anti-Asian hate crimes on Sunday has gone viral, leaving netizens pleasantly surprised.

Rihanna, along with her manager Tina Truong, took to the streets of New York City to join the "Stop Asian Hate" protest. She can be seen dancing and holding a placard in the video.

Wearing a mask and sporting a baseball cap paired with black leather pants, a white T-shirt, and a black leather jacket, Rihanna didn't look out of place among the demonstrators.

rihanna was with her assistant, tina truong, who posted the pics on IG pic.twitter.com/tXPBPeiQYW

Many netizens have lauded her for making a stand against hate crimes towards Asian-American people.

One Instagram user wrote: "Thank you for coming out. I do this for us, your voice is so needed. We're not just stopping but ending this hate now once and for all." Someone else commented, "That's awesome. I love to see when we all come together!"

"Imagine being next to Rihanna and not knowing!" wrote another.

what happened yesterday in Atlanta was brutal, tragic & is certainly not an isolated incident by any means. AAPI hate has been rampantly perpetuated & it’s disgusting! I’m heartbroken for the Asian community & my heart is with the loved ones of those we lost. The hate must stop. pic.twitter.com/rkxZDnxG9E

The singer also recently made headlines for voicing her support of the ongoing farmers protests in India against three controversial new farm laws.