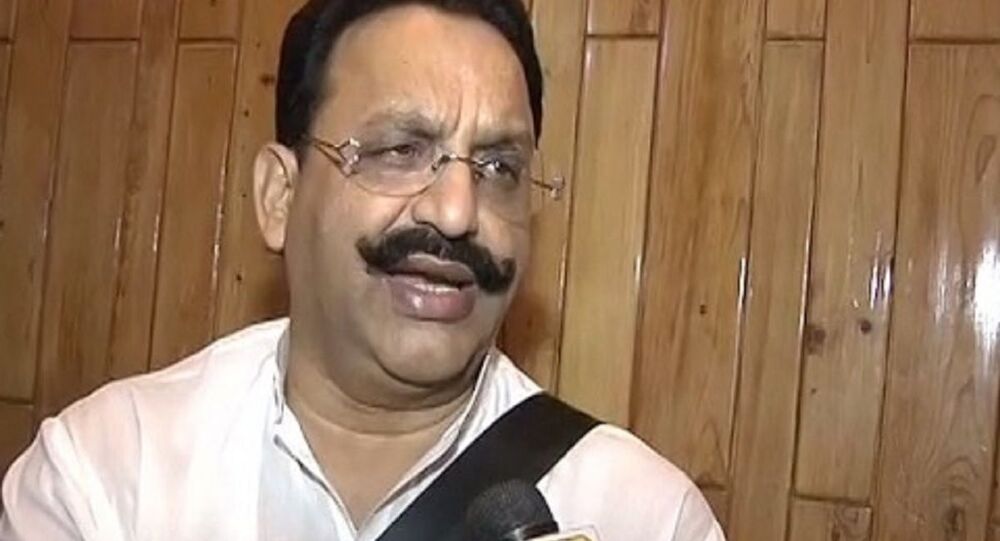 On 26 March, the Indian Supreme Court directed the Punjab state government to hand over custody of Bahujan Samaj Party lawmaker Mukhtar Ansari to Uttar Pradesh Police within a fortnight. Ansari, who is wanted in various cases in Uttar Pradesh, has been housed in Punjab for over two years in connection with an extortion case.

The Banda District Jail in the Indian state of Uttar Pradesh has literally been turned into a fortress ahead of the arrival of Mukhtar Ansari, a gangster-turned-state legislator. Security has also been beefed up in and outside the jail.

Ansari is a 5-term representative from the Mau constituency in Uttar Pradesh, and belongs to the Bahujan Samaj Party (BSP). He is currently lodged at the Ropar Jail in Punjab and will be transferred to the Banda jail in Uttar Pradesh later on Monday.

Speaking to Sputnik, the Banda jail authorities revealed that all officials and prison staff leaves have been cancelled.

"We have made all the arrangements for the custody of Ansari. A large team has been sent to Punjab to bring him here (Uttar Pradesh) as he will be brought to the Banda Jail by road. Chances are there that his associates might try to free him on the way by attacking the convoy but we are prepared for it", the official said while requesting anonymity.

​The Director Inspector General, along with the jail superintendent and the jailer, has inspected the entire jail complex and prepared a roadmap for the security arrangements. Besides this, the medical staff has also been increased.

"We have increased the duty hours of the staff and security personnel. Earlier, it was eight hours but after the news of Mukhtar's arrival, the duty hours have been increased to 12 hours", the official said, adding that they have deployed their personnel in plainclothes to keep an eye on local developments.

Along with this development, the Uttar Pradesh Police have set up two additional posts outside Banda Jail, where a battalion of Provincial Armed Constabulary (PAC) has been deployed.

In addition, the Uttar Pradesh Police will maintain the details of jail visitors and inmates on a daily basis.

"Our personnel will keep tabs on people coming from outside to neighbouring districts while the information will also be gathered about people living in rented accommodations in the Banda district", the officer added.