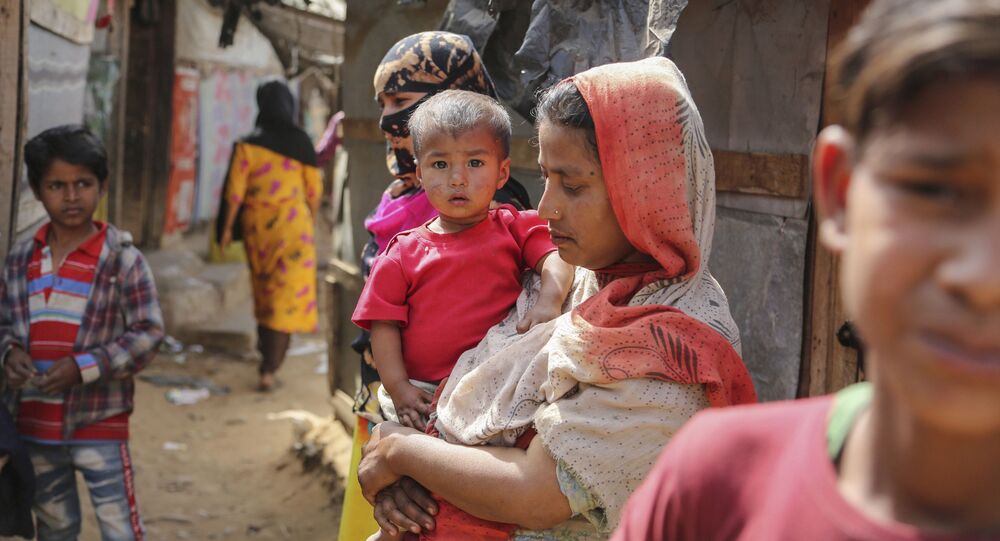 The fire in the Indian Rohingya refugee camp comes on the heels of a massive blaze that swept through the camps of Rohingya in Bangladesh two weeks ago, gutting 40,000 shanties and leaving over 15 dead. About 550 people were injured, more than 45,000 displaced, and over 300 went missing after the inferno.

A massive blaze has swept through a refugee camp in Jammu and Kashmir, spreading over 30 dwelling units.

Sunday's fire, which broke out when most were asleep, displaced over a hundred people in the refugee camp though no deaths or missing people have been reported in the blaze.

It occurred after similar incidents in Bangladesh last week, where fire destroyed Rohingya refugee camps there. The Rohingya have fled from Myanmar to neighbouring countries over alleged ill treatment.

Breaking: A massive fire has swept through a #Rohingya refugee camp in Jammu’s Maruti Mohalla gutting dozens of shanties.

On 2 April, a fire destroyed more than 20 shops in a makeshift market in Bangladesh of Rohingya refugees, killing three people.

In Jammu, the Rohingya refugee camps were in the news recently as the Indian government had moved nearly 175 refugees to a jail that was designated as a "holding centre" on 6 March.

India's move to begin deporting Rohingya refugees has prompted an intervention from the United Nations Human Rights Council, with representatives meeting the government. It was urged that the Indian government should halt any plans to deport the refugees back to Myanmar, as they would be at a risk in that country.

Myanmar has been thrown into turmoil since a military coup on 1 February which saw the country's military overthrowing a democratically elected government. Thousands of pro-democracy protesters have clashed with the military since then. The subsequent violence that engulfed the nation has reportedly witnessed over 200 people lose their lives.