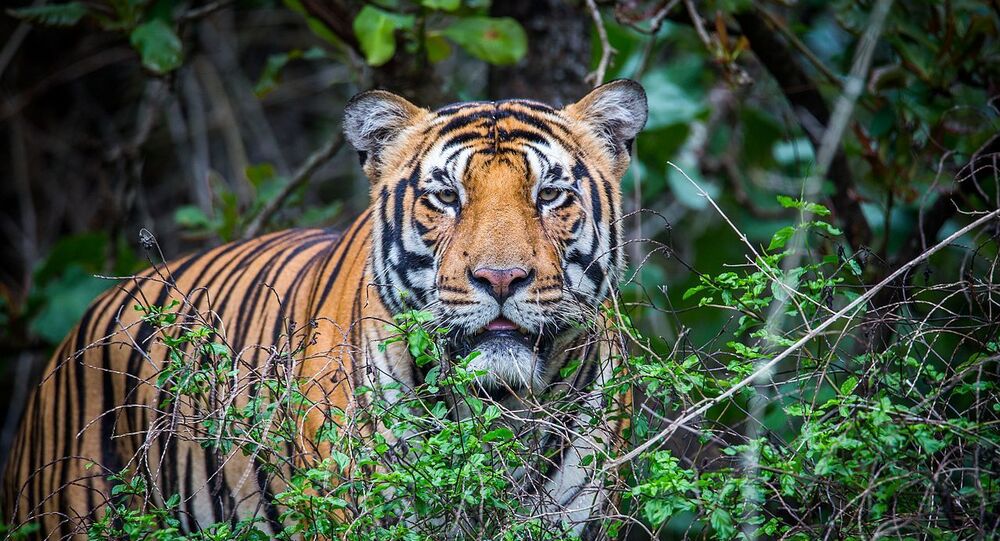 Spread across an area of 105 sq km, the Bandhavgarh National Park is home to royal Bengal tigers and flourishing biodiversity. On 29 March, a massive fire occurred in a forested area and soon spread to several zones of the park.

No animal has perished in the wildfire that broke out in the Bandhavgarh National Park in India several days ago, officials said on Thursday, adding that the flames have been brought under control.

The park is known for its large population of royal Bengal tigers.

Speaking to Sputnik, Bandhavgarh National Park Field Director Vincent Rahim said that, according to preliminary information, the grasslands are intact.

A video showing the blaze raging in the forest has emerged on social media. In the video, trees engulfed in flames and expanses of grasslands covered in thick smoke can be seen.

Now #Bandhavgarh is burning. Fire is a natural agent in a forest but many a time now it is anthropogenic. Needs control. @wti_org_india has offered help as we had done in Karnataka and Kerala. Photo:P Dwivedi pic.twitter.com/slm5CzWVeZ

​State Chief Shivraj Singh Chouhan has been continuously monitoring the situation and has instructed the authorities to take necessary action in case of casualties among wild animals.