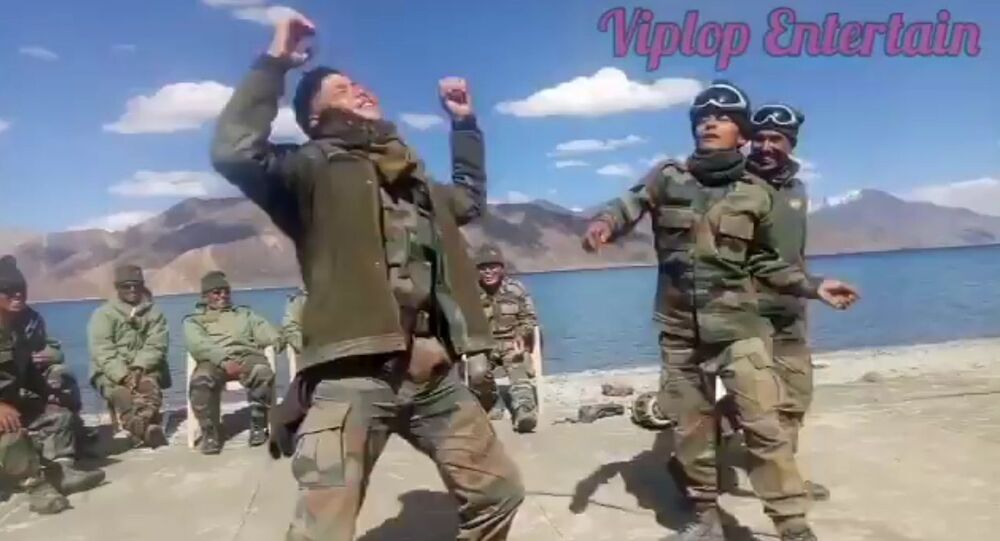 The uplifting video provides some respite in the region, which has witnessed a tense standoff between India and China of late, with clashes leading to several deaths.

A video of Indian soldiers dancing next to Pangong Tso Lake in India's Ladakh Union Territory has gone viral after the Indian Minister of State for Youth Affairs and Sports Kiren Rijiju posted in on Twitter.

Two soldiers, dressed in the typical olive green uniform of the Indian Army, can be seen shaking a leg or two to a folk song playing loudly in the background. More soldiers, seated on chairs with musical instruments at their feet, look on.

In the distance the famous lake is visible, which has made the news recently for more serious reasons.

​The post has amassed more than 13,000 views and 2,000 likes since being uploaded just two days ago.

Netizens are commenting on the video and praising its good spirits.

The great Indian spirit. That wins hearts n minds both in war and in peace! Our soldiers our pride!

Great to watch our Indian Army soldiers unravel in style without inhibitions. Proud of our Army!

Don't forget to have fun in any serious condition, it is called Indian Army. 🇮🇳🇮🇳