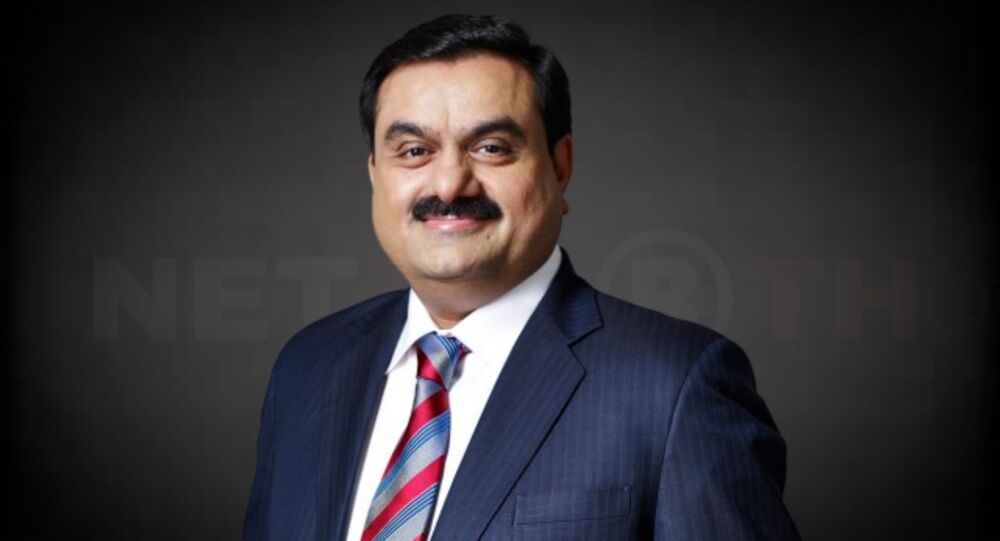 The allegations that billionaire Gautam Adani is conducting business deals with a Myanmar military-linked company, sanctioned by the US, come at a time when Washington and other Western powers are lobbying governments to act against the Myanmar army for the 1 February coup. On paper, India has backed the US’ stand on the coup.

A non-profit lawyers' group in Australia and an activist group working for justice in Myanmar have alleged that Indian business magnate Gautam Adani is paying nearly $52 million to the Myanmar Economic Corporation (MEC) for a port deal in Yangon. The company is linked to the country's ruling armed forces and was recently sanctioned by the US for its alleged involvement in the military coup in Myanmar.

The Australian Centre for International Justice (ACIJ) and activist group Justice For Myanmar have made the allegations in a joint official media release.

​“Building on the legal analysis of the United Nations Human Rights Council’s (UNHRC) International Independent Fact-Finding Mission Report in 2019, the report warns that investments in companies who partner with the MEC can help finance the activities of the Myanmar military,”the joint press release issued by human rights activists and lawyers read.

“These activities include systematic and widespread human rights abuses, some of which amount to atrocity crimes and are the subject of investigations by international tribunals,” their findings claim.

At the time, Hlaing had been barred from entering the US for his alleged complicity in carrying out atrocities against the country's Rohingya Muslims.

Both the groups have pointed out that the Adani company had denied any link with the Myanmar Economic Cooperation (MEC) in February, after the democratically-elected government of Aung San Suu Kyi was toppled in a coup.

It is believed that the coup d'etat was spearheaded by Hlaing, currently the Chairman of the State Administration Council.

In February, Myanmar's military seized power after detaining Aung San Suu Kyi and other democratically-elected leaders and declared a one-year state of emergency.

“Adani Ports has had plenty of time to consider and review its operations in Myanmar. While other major multinational corporations are moving to suspend their operations in Myanmar, Adani Ports appears to have dug in its heels. And that’s appalling,” said Rawan Arraf, the Executive Director at the Australian Centre for International Justice.

“If doing business with those accused of genocide does not trigger a fundamental revaluation of your business, one would have thought, that when your business partner stages a violent coup - that would be the final straw,” added the activist.

​The Bloomberg Billionaires Index, published last month, estimated that Gautam Adani had added more billions to his wealth than any other person in the world, as he even exceeded American tycoons such as Amazon founder Jeff Bezos and Tesla’s Elon Musk.

A Financial Times analysis of Adani in November last year traced the businessman’s close links to Indian Prime Minister Narendra Modi since 2003, when Modi was the chief of India’s Gujarat state.

Adani, who comes from the same state, was described as ‘Modi’s Rockefeller’ by the FT, which claimed that the billionaire was one of the biggest beneficiaries of New Delhi’s ongoing airport and port privatisation drive.