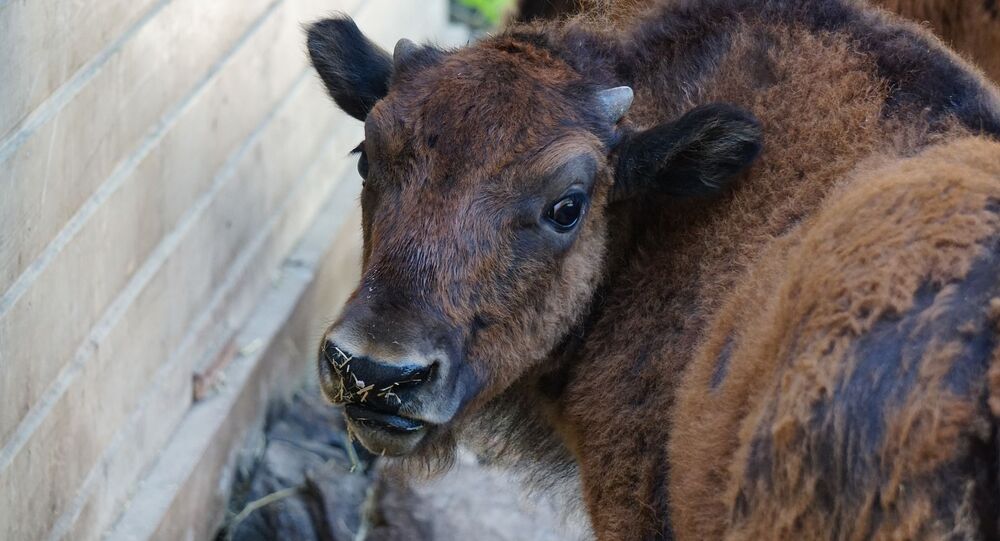 In the early years of the Narendra Modi government, a series of events involving the mob-lynching of individuals over the killing of cows attracted global attention.

The protection of cows – an animal considered sacred by India's Hindu population - entails a massive budget allocation running into the millions of dollars.

However, a series of videos posted online by many social media users appear to show cows dying by the dozen, with carcasses of the sacred animal lying unattended and the majority of the residents of special cow shelters languishing in miserable conditions, emaciated with hunger and disease. The videos were reportedly filmed in cow shelters in Greater Noida, Uttar Pradesh.

On Thursday, Anubhav Mohanty, a parliamentarian from the state of Odisha, visited a government-run cow shelter in Greater Noida, which is barely 50 km from New Delhi. Taking to Twitter, the parliamentarian alleged that hunger, lack of treatment, and negligence are some of the reasons for the deaths of these cows.

"Samples have been collected and a post-mortem of cow carcasses is being carried out. A dozen cows have been found to be dead under mysterious circumstances. More about the deaths can be spoken about after the autopsy reports are out", one official said requesting anonymity.

He further mentioned that several other cows are critically ill and are being treated.

Meanwhile, videos of the cow shelter in the Gautam Buddh Nagar district, where the incident occurred, are making the rounds on social media. In the videos, several cows can be seen lying motionless.

Similarly, over a dozen cows were found dead in the Uttar Pradesh district of Lalitpur on 19 December 2020. Several officials were suspended in that case.

In Uttar Pradesh the Bharatiya Janata Party government led by Hindu monk Yogi Adityanath has faced heavy criticism following such incidents as the state budget for 2019-20 allocated INR 6 billion ($82 million) for cow welfare. This included INR 2.5 billion ($34 million) for construction and upkeep of cattle shelters in rural areas. The government also imposed a cess on liquor to generate funds for cattle fodder.

Last year, the Uttar Pradesh government revealed that as many as 9,261 head of cattle died in the state in 2019. The government also claimed the deaths were due to natural causes.

Several state governments led by the Bharatiya Janata Party announced a series of steps including massive allocation from the government exchequer to protect cows. In September 2017, Kamdhenu Gau Abhyaranya, touted as India's first cow sanctuary, was set up by the then-BJP government in Madhya Pradesh. However, data suggests that more than 600 cows died due to extreme weather conditions within a year of the first cow sanctuary's establishment.

Haryana, another state governed by the Bharatiya Janata Party, has reported the deaths of around 15,000 cows in the last two years, mostly due to laxity at cow shelters. The state has a special cow commission to provide funds and other support to these shelters.