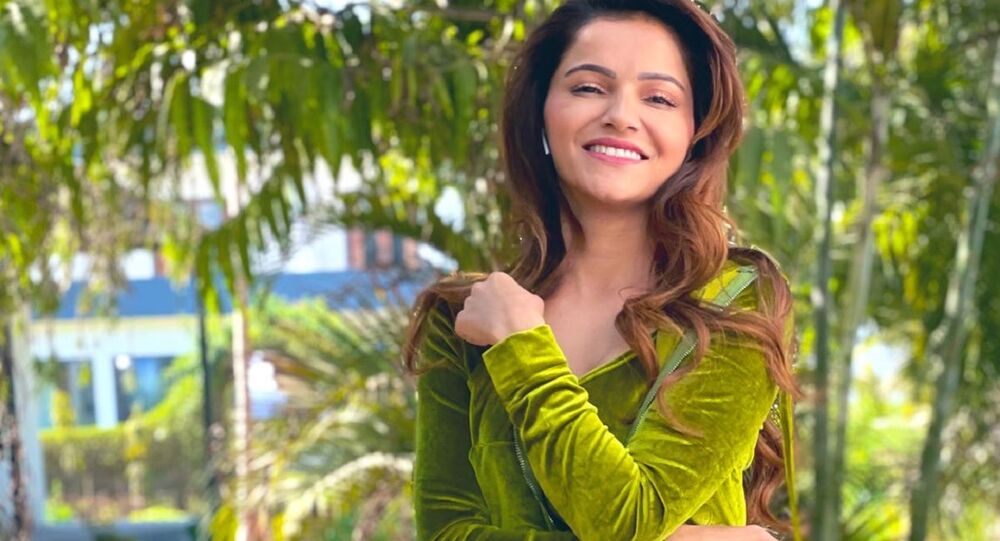 Actress Rubina Dilaik made headlines by winning season 14 of the reality television show "Bigg Boss", an Indian adaptation of the Dutch show, "Big Brother". She shot to fame for her performance in the popular Hindi daily soap "Chotti Bahu" (2008) and "Shakti — Astitva Ke Ehsaas Ki" (2016).

Actress Rubina Dilaik's headstrong personality and fighting spirit, which helped her win season 14 of "Bigg Boss", has left everyone impressed and increased her fan following by leaps and bounds.

But behind her strong personality, Rubina opened up that she hit a low in her life and battled depression and suicidal thoughts.

Rubina shared in an interview with Bollywood Bubble that nine years ago, she was very "unstable, overambitious, insecure, not knowing what to do".

Rubina, who achieved instant fame with her TV serial "Chotti Bahu", found herself conflicted between professional and personal life, and isolated herself from everything.

"Away from family, too much into work that did not give me time to make friends. In that situation, you just isolate yourself from the possibility of leading a happy, fulfilled life. That creates a lack of empathy towards yourself", she said.

Rubina, who was rumoured to be romantically involved with her "Chotti Bahu" co-star Avinash Sachdev, shared that their relationship was also at its lowest.

Talking about how it affected her, she added, "You tend to feel low on confidence, lack of sleep, bouts of anxiety, and depression where you don't feel like interacting with anyone, you would be irritable and give up on yourself and life".

Being unable to understand what's happening with her life, and with nobody to guide her, Rubina felt lost.

"You start thinking 'why am I irritable, why is there no one around me. Why can I not achieve success'. Too many questions and no answers. There I realised that the problem is somewhere within. There is a lot that I can't understand, but there is also nobody to guide me", she said.

Behind the glitz and glam of the entertainment world, Rubina added that discussing depression and mental health is still a taboo. But "reading self-help books, doing yoga and meditation and listening to audio tapes" helped her a lot.

"Even asking for a psychologist was taboo. I looked for it online. I think it was a blessing that work wasn't that great and relationship was at the lowest and I was looking for something to hold on to. I looked online to understand what was wrong. Thankfully, I figured out", she said.

"I don't shy away from accepting that it becomes difficult but I find myself getting back to my sanity, my peace of mind, again and again", Rubina added.

In September 2020, Rubina and her husband, actor Abhinav Shukla participated in season 14 of "Bigg Boss". She made a shocking revelation on the show that the couple had been heading for divorce before signing up for the programme but decided to give their marriage another chance. Rubina not only won the show, but also managed to save her marriage to Abhinav.