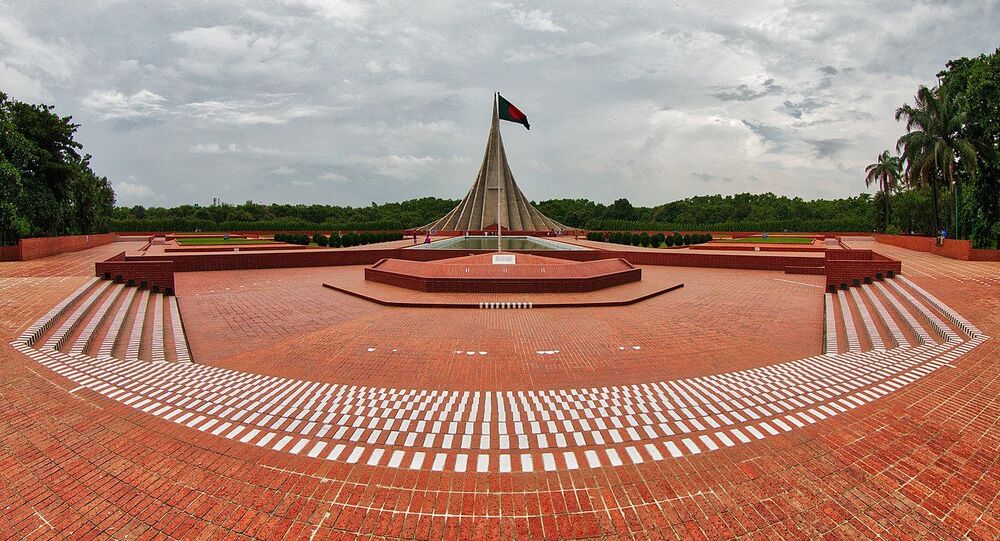 The US was bitterly opposed to Bangladesh's independence from Pakistan in 1971, as it helped Islamabad with military provisions and even dispatched an aircraft carrier to the Bay of Bengal to intimidate India, who was staging a military intervention to help the pro-independence movement in Bangladesh at the time.

Greetings by the US State Department on Bangladesh's National Day on Friday are attracting strong reactions from social media users, many of whom have reminded Washington of its role in opposing the creation of Bangladesh.

The United States backed Pakistan against India in the 1971 War of Liberation.

Then US secretary of state Henry Kissinger called Indians "bastards" for intervening in Bangladesh liberation war and now the same US congratulating Bangladesh on 50th anniversesary of exactly the same event.
Time does change everything. https://t.co/YCYzRwUof5

​US didn't even acknowledge genocide of bengalis bcoz pakistan was your cold war ally.

Kissinger is alive , can you get his bite about this day ?

​The critical reactions from netizens pointed to several aspects about the 1971 War of Liberation, including then-President Richard Nixon sending arms to help Pakistani forces fight Indian troops and pro-independence militias in Bangladesh (then known as East Pakistan).

The US also sent the aircraft carrier USS Enterprise to the Bay of Bengal close to India's eastern seaboard in its bid to back Pakistan and intimidate New Delhi. At that time, New Delhi was staging a military intervention in Bangladesh after a massive influx of refugees due to Islamabad's crackdown on the pro-independence movement.

In response to the US sending its aircraft carrier as part of Task Force 74, Moscow dispatched naval assets, including a nuclear submarine, to ward off the threats from the US.

The military cooperation between New Delhi and Moscow in repelling the US Navy from Indian waters is still celebrated as one of the most famous episodes of the 1971 war.

Then-US Secretary of State Henry Kissinger is also said to have called Indians "bastards" over the nation's military intervention in the crisis, during a conversation with his boss President Richard Nixon, as per recollections in "The Blood Telegram: India's Secret War in East Pakistan", a book authored by Gary Bass.

Kissigner, now 97, justified helping Pakistan in an interview given to The Atlantic magazine in 2016, in which he reasoned that Islamabad was crucial to the Nixon administration back then. He said it had been acting as a "conduit" between the US and China as the two powers were working out a rapprochement.

"These exchanges were conducted through Pakistan, which emerged as the interlocutor most acceptable to Beijing and Washington. The Bangladesh crisis, in its essence, was an attempt of the Bengali part of Pakistan to achieve independence. Pakistan resisted with extreme violence and gross human-rights violations", the former US Secretary of State told the magazine.

"To condemn these violations publicly would have destroyed the Pakistani channel, which would be needed for months to complete the opening to China, which indeed was launched from Pakistan", he added.

As part of 10-day nationwide celebrations to mark the golden jubilee of Bangladesh's liberation, leaders from neighbouring countries, including Bhutan, Maldives, Nepal, and Sri Lanka have paid visits to Dhaka in recent days.

Indian Prime Minister Narendra Modi began his two-day visit to Dhaka on Friday to commemorate the 50th National Day, with the Indian PM being the guest of honour for the occasion.