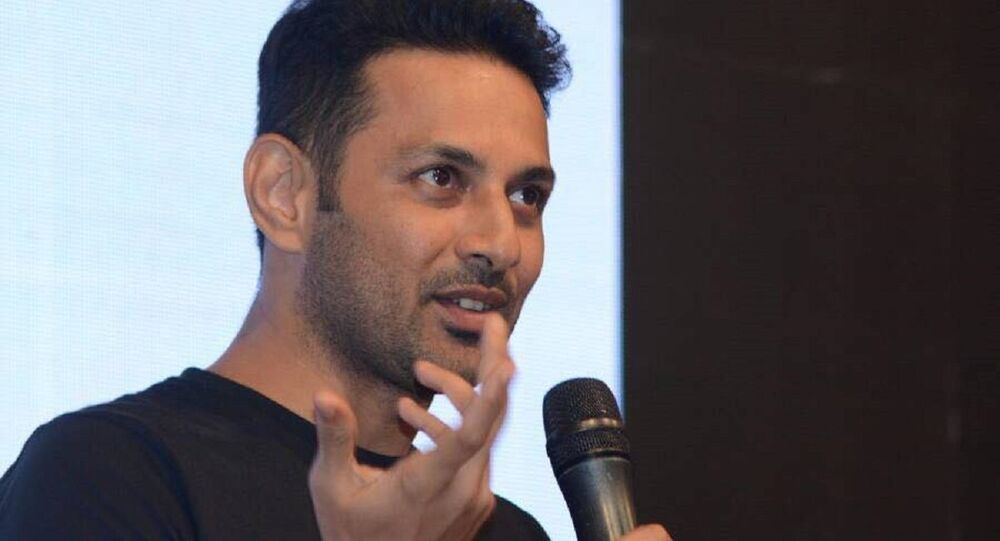 In 2018, critically acclaimed Bollywood filmmaker Apurva Asrani, known for his movie Aligarh, suffered from Bell’s Palsy, a condition that leaves the face partially paralysed and drooping. He recovered after a month's treatment.

Filmmaker Apurva Asrani has criticised a Delhi-based hospital for making erroneous claims in an advertisement while using his Bell’s Palsy (facial paralysis) photograph without his approval.

When a Twitter user posted Apurva’s picture used in the advertisement, the filmmaker was shocked and distressed and called out the hospital for making false claims.

Shocked to see Primus Hospital, Delhi, use my picture without my permission. This was an image taken in early 2018 when I was struck by facial paralysis caused from Bells Palsy. Also, Primus wrongly claims on this banner that my condition was caused by a stroke. Very distressing. pic.twitter.com/dvIQehetdC

The hospital's communication department representative told Sputnik on Thursday that the matter was under discussion among hospital authorities. The hospital has already removed the advertisement.

Calling it "absolutely appalling" and "unethical", many celebrities such as singers Sona Mohapatra, Suchitra Krishnamoorthi, filmmaker Onir, actress Saumya Tandon and many others have been reprimanding the hospital and urging the filmmaker to take strict action against them.

This is ridiculous, unethical, deeply disgusting & I’m sure against the law. Do send them a legal notice @Apurvasrani . https://t.co/rNuFhZyQtk

U shld take independant legal action against them too @Apurvasrani . This is truly appalling https://t.co/kvfwkAxlnX

The fact that the hospital used his picture without permission and made false claims that his Bell’s Palsy condition was caused by a stroke also sparked indignation online:

How upsetting! Please consider suing. Not for mere financial gains but to set an example & ensure more ethical behaviour from the healthcare industry in India. This is plain wrong and must be challenged.
Recommend @namanjoshi who has expertise in such matters.

Very unethical, completely unacceptable. How can they use a patient's pic without permission. You should send them a legal notice. If it were an advt you could have complained to @ascionline but then technically physicians are not supposed to advertise their services in India

This is terrible, terrible. So unfair and unethical. It is criminal to use a patient’s picture or details for any promotion. And never without his/her formal, written permission. https://t.co/k4jlVzMal8

Ideally, the eyes ought to be covered in such photos if there is a consent to use the photo for educational purposes, such as in medical books or journals. What has happened here is outright illegal, unethical, and commercial. Kindly send them a legal notice.

When in hell's name will Indian brands start taking copyright permissions seriously! @Apurvasrani you must take legal action and set a precedent. https://t.co/SAWFItABbi

'We Want to Address Some Rumours': WhatsApp Breaks Silence Over Policy Update Controversy