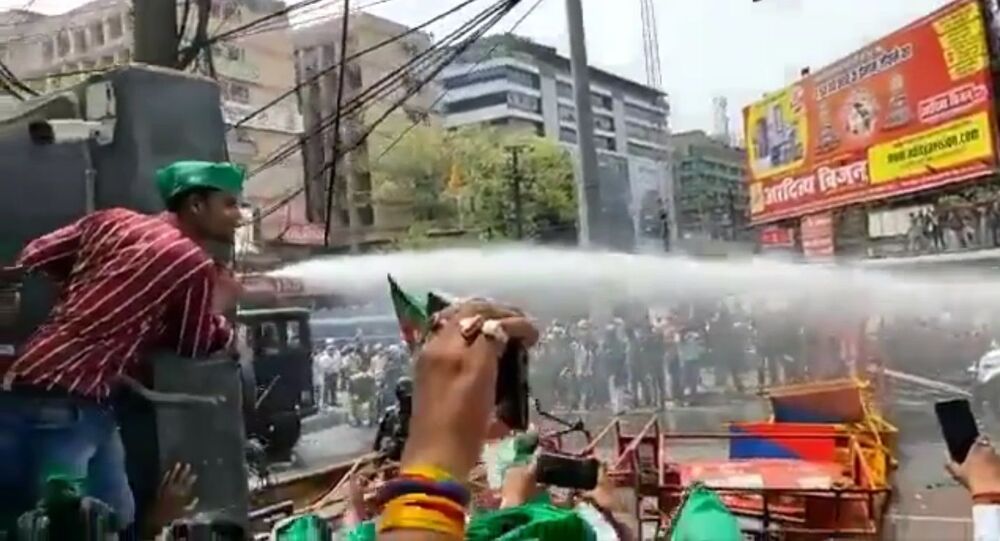 Unemployment is a major political issue in the Indian state of Bihar. With an unemployment rate of 46.6% as per a survey conducted by the Centre for Monitoring the Indian Economy (CMIE) in April 2020, it is much higher than the national rate of 23.5%. The ruling Nitish Kumar-led government had promised 1.9 million jobs during poll campaigning.

Dozens of people, including policemen, suffered injuries in the Indian state of Bihar on Tuesday when supporters of the state's opposition party RJD clashed with law enforcement during a protest over unemployment and other issues.

The local administration denied RJD permission to carry out its plans around the Bihar Assembly that is currently in session.

But a large number of RJD workers gathered and marched towards the assembly. The protest turned violent after the RJD workers were joined by their party's two main leaders - Tejashwi Yadav, the leader of the opposition in the state assembly, and his brother Tej Pratap Yadav.

RJD leader @yadavtejashwi and @TejYadav14 taken into custody after a pitched battle between RJD workers and Police at the heart of #Patna #Bihar pic.twitter.com/sCwDFOLoSE

RJD leader Tejashwi Yadav, who courted arrest along with his brother Tej Pratap Yadav, was taken to a police van after his arrest. He had to climb down from the van and appeal to the clashing supporters to put an end to the violence, local media reported.