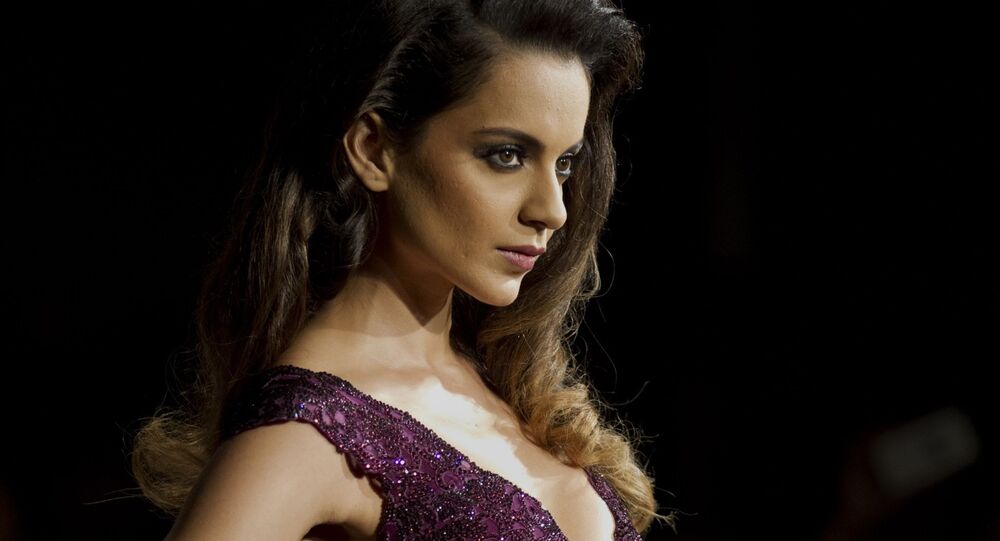 Bollywood actress, Kangana Ranaut, has won Best Actress in the National Film Awards - one of the country's and film industry's most prestigious honours - for her role in Panga. This is the fourth time the star has received the award, having won it for Manikarnika: The Queen of Jhansi in 2019, Tanu Weds, Manu Returns in 2015 and Queen in 2014.

Bollywood has been alive with joy as renowned actress Kangana Ranaut basks in the glory of winning the coveted Best Actress prize in the National Film Awards for the fourth time and celebrates her 34th birthday today by unveiling the trailer for Thalaivi her latest film, touted to be her best performance so far.

Taking social media by storm, Kangana’s power-packed performance in Thalaivi as one of southern India's most prominent politicians and actresses, the late Jayaram Jayalalithaa, has won people’s hearts and giving them goosebumps.

Kangana's fans are calling her a “powerhouse of talent and a very strong, bold woman” and are eagerly waiting the film's debut on 23 April 2021.

Whatta power-packed trailer 🔥 @KanganaTeam as #Thalaivi is simply too good.. What an actress she is.. Another National Award coming it's way.. @thearvindswami as MGR & @thondankani as Kalaignar 💯 Hope @gvprakash will get the right recognition hereafter.https://t.co/pJP6ZN7IVh

#ThalaiviTrailer is packed with emotions, outstanding acting & dialogue delivery by @KanganaTeam. It’s going to be a huge blockbuster & prove to the world (yet again) that Kangana is one of the most versatile actors in the history of Hindi Film Industry.
pic.twitter.com/8XwTpEDLDB

The actress underwent extreme physical changes to portray Jayalalithaa, from being a movie star to a legendary politician. For that, she had to gain 20kg of weight and lose it all again within a few months.

A journey that would be a really inspiration for us . A movie star to iron lady of Tamil Nadu.not easy at all lots wishes to @KanganaTeam #thalaivi #vijay https://t.co/JizFLIfm7n

​At a press conference today, as part of the publicity drive for Thalaivi, Kangana broke down while talking about working with director A.L. Vijay.

"Never before have I met a director who has made me feel good or unapologetic about my talent. [Vijay] is one person who has made me feel good about my talent... The kind of camaraderie [other directors] show with a male hero, they never show with an actress. But as a director, I learnt from [Vijay] how to treat actors and how to show creative partnership," she said.

“Never in my life have a met a man who has not made be feel apologetic about my talent” - Kangana gets very emotional talking about her director Vijay of Thalaivi. #ThalaiviTrailer pic.twitter.com/i2yJVtaLGK

​She posted a video on social media yesterday expressing her gratitude to her fans and team for her films Manikarnika: The Queen of Jhansi and Panga, for both of which she won Best Actress at the National Film Awards.

Calling for a big celebration on her birthday today, netizens are raising a toast to Kangana and praising her as “well-deserving” and describing today as “a good day for Indian cinema.”

Many congratulations to you. Nobody deserved it more than you.
May you produce such stellar performances in the days to come.
It also gives me immense joy that a thoroughly deserving film #Chichhore, helmed by Sushant Singh Rajput, has got an award too.
It's a good day for cinema

Wishing her joy on her birthday, Indian filmmaker Vivek Ranjan Agnihotri, sand sculptor Sudarsan Pattnaik and many others congratulated her for winning the National Film Award for the fourth time and for unveiling Thalaivi.

A very happy birthday and a big congratulations for winning the National award for not one but two films @KanganaTeam and congrats in advance for #Thalaivi I am told it’s your best performance ever. You are the best. Love. Always.

Wishing you a very Happy Birthday Queen of Bollywood #KanganaRanaut Ji . May Lord Jagannath bless you. Many many congratulations for winning best actress award. My SandArt at Puri beach in Odisha. pic.twitter.com/BI7Bjw32Yg

Kangana has gone to unprecedented lengths to keep her fans on the edge of their seat - whether as an Indian Air Force pilot in her upcoming action movie Tejas, spy thriller Dhaakad or by stepping into the shoes of former Indian Prime Minister and late Congress leader Indira Gandhi.