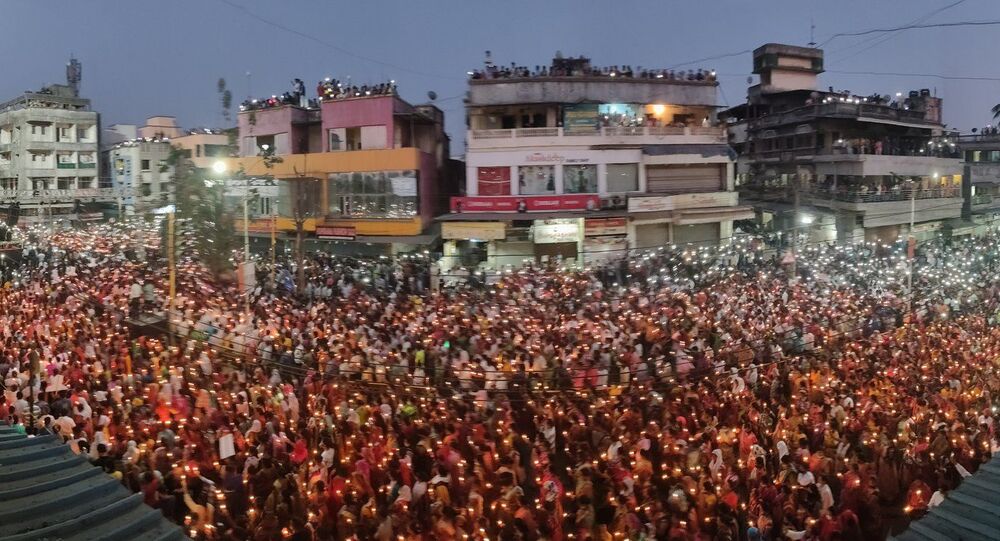 On 21 February, Mohan Delkar, a seven-term member of Parliament (MP) from the western Indian Union Territory of Dadra and Nagar Haveli was found hanging in a hotel room in Mumbai. The police officials have recovered a detailed suicide note from Delkar’s hotel room, the contents of which have not officially been revealed to the public as of now.

Following Delkar’s death, a massive uproar has erupted among the tribal communities of India, who are demanding a fair investigation in the law-maker’s alleged suicide. The independent parliamentarian has reportedly named some high ranking officials from Dadra and Nagar Haveli (DNH) in his suicide note.

Thousands of protestors, mostly from India's “adivasi” (tribal) communities, gathered on the streets of Silvassa city in Dadar and Nagar Haveli to support Delkar’s son Abhinav in demanding justice in the suicide case of his father on Monday evening. During his public address, Abhinav noted that after one month of peaceful protests that went almost unnoticed, it was time to take street demonstration seriously.

Videos from the protest site showed participants raising the torch lights of their phones while raising slogans demanding justice and a fair probe into the suicide case of one of the most powerful voices for Indian tribals.

#JusticeForMohanDelkar See the love and respect for Mohan Delkar sir we all want justice for MSD🙏❤️ pic.twitter.com/teCCPTVlHV

​The protests in Silvassa followed a “bandh” (shutdown) called on by many tribal unions, including the Adivassi Vikash Sangathan among others.

“For the last one month, we have continued, have protested in a peaceful manner. I wanted to say that now, no peaceful candle march will be taken out. Now the fight has begun and we have to move ahead. The government officials named in the FIR should pack their luggage and leave DNH. We will no longer sit silent,” Indian media quoted Abhinav as saying during the protest.

The suicide note, reportedly, held  certain politicians and administrative officials responsible for the "injustice", "insults" and "bias" meted out to him. He had raised problems with certain administrations last year.

Delkar’s suicide note written in Gujarati along with a complaint, submitted by his son Abhinav. Mumbai police have registered an offence against nine people, including Praful Patel (the administrator of the state), Sandeep Singh (district collector) and Sharad Darade, among others.