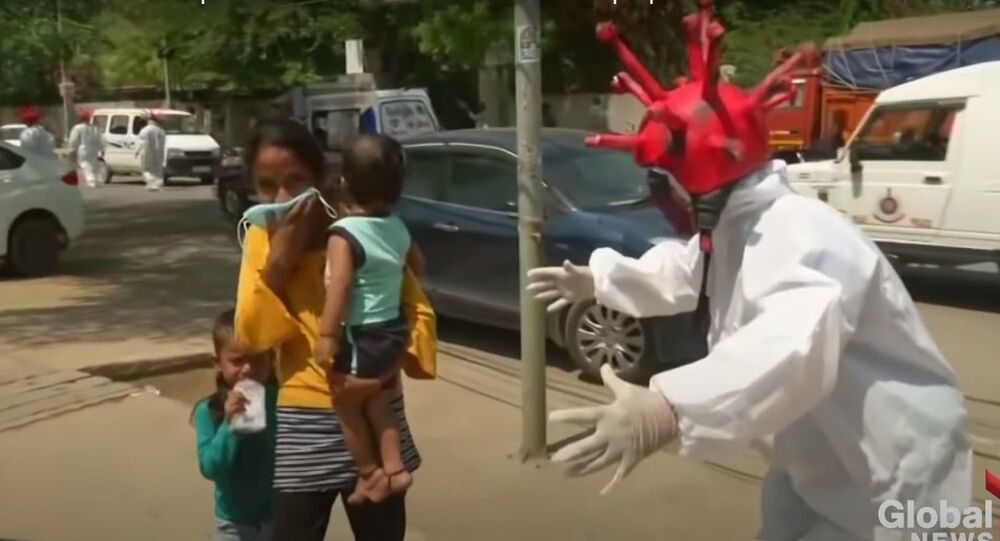 One Year On: How COVID-19-Induced Lockdown Disrupted Workplaces

With COVID-19 affecting the entire world since last year, almost every sector has been hit due to the virus-induced lockdowns. India is no exception.

The Indian government declared a national lockdown on the evening of 24 March, two days after observing a day-long public curfew.

First Case of COVID-19 in India

The first case of an Indian getting hit by the contagious virus came to light on 30 January, when a 20-year-old from the Indian state of Kerala tested positive for COVID-19. He was studying medicine in China's Wuhan. Within a week, two more Kerala residents studying in China tested positive.

By this time, the virus had already spread to about 20 countries. More than 170 people had already died due to the contagious disease.

On 24 March, the Indian government announced a 21-day COVID-19 lockdown by giving people just four hours' notice to make the necessary arrangements. It meant no movement of anyone, except for essential commodities or medical emergencies. All offices, markets, and public places were closed.

The lockdown, which was later extended until 31 May (about nine weeks), had suddenly restricted the movement of over 1.3 billion people. People were confined to their houses and only online work was possible.

Working from home soon created a unique office-home balance. When the lockdown was first announced no one thought they would have to embrace a novel approach to work more or less permanently.

Today, COVID appears to have transformed the meaning of being at work from slogging for long hours in big offices, going and returning at odd hours, to simply being glued to gadgets for the whole day. One major change is that this working from home life excludes the physical presence of one's colleagues.

Sputnik talked to several such people. Thirty-two-year-old Ashima Kumari from Delhi is one who feels her working experience has changed altogether.

Talking to Sputnik, she said: "Working from home on any special day, other than the official days, used to feel like days of special allowance. It looks like that feeling has settled with me as a normal way of life now over the last year".

"What was once allowed monthly, to work from home for a day or two a year ago has now become normal life", she shared.

Kumari views the past year as a mix of so many experiences, saying: "Sometimes, you love it and other times you hate it".

She said she misses her coffee breaks, chit chats, and office parties, noting that "sometimes work from home is very monotonous".

Having been cooped up at home for months, Kumari said she is now gradually trying to be at peace with the changed circumstances.

Twenty-seven-year-old Amit Prasad, a software engineer by profession in Delhi, feels "so disconnected with the organisation".

"Last month, I resigned from my organisation, my teammates were hardly aware of me having resigned. They all came to know about it when the HR sent them mail", he said.

Many people gave a mixed response when asked about their experience of working from home during a survey conducted by job site "Indeed" earlier this month. The survey revealed that 59 percent of employers in India are not in favour of remote working or working from home.

Sanjay Dimri, a Delhi-based employer whose company has roughly 70 employees, told Sputnik that Indians have mixed approaches regarding working from home. "A few of my employees don't want to come to the office, while a few are insisting on opening the office".

Dimri said that a few of his employees only come to the office on Wednesday for a meeting.

Asked how Indians are reacting to the work from home culture, Jawaharlal Nehru University professor and noted sociologist Akhilesh Tripathi shared that the home culture of Indians is quite different from that of people residing in western countries.

"Those living with a large family want to join back the office, and those who are living alone don't want to come to the office", he said.

"The future is heterogeneous – it is a combination of home, hybrid, and on-location working. Every individual has a different choice, and most importantly, companies need to understand it. It's a transitional change for the employers too", Tripathi added.

Not Much Hope for Regular Office Life Amid Resurgence of COVID

Meanwhile, almost a year after the lockdown was announced, India is now witnessing a second wave of the outbreak. The country recorded 260,000 fresh coronavirus cases last week - one of the worst weekly increases since the pandemic began.

As many as five Indian states — Maharashtra, Uttarakhand, Uttar Pradesh, Gujarat, and Madhya Pradesh have announced lockdowns or curfews. The nation's capital, Delhi, is also witnessing a steady spike in COVID cases amid a lot of people moving around the city without taking the proper precautions.