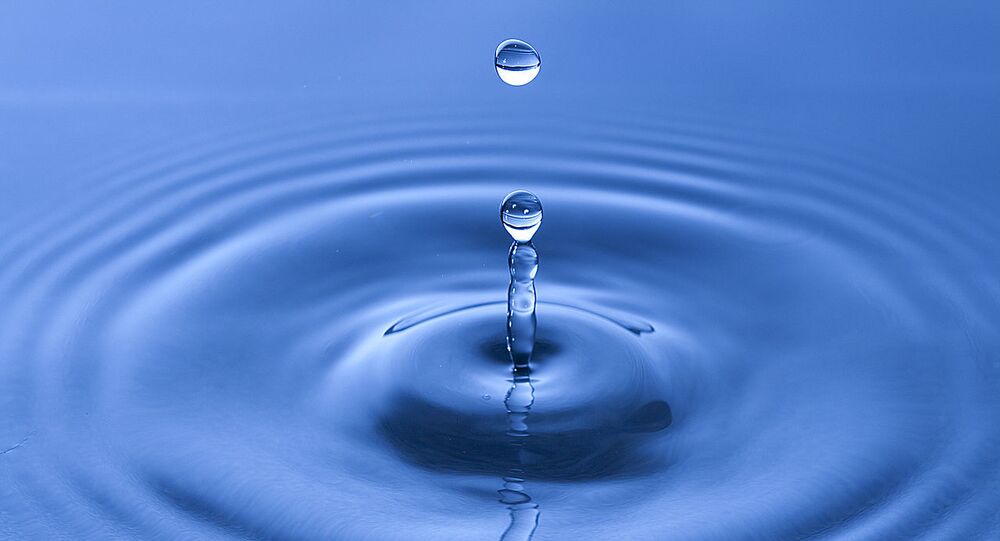 An Indian government report in June 2018 raised alarm bells that the country is undergoing its worst water crisis and nearly 600 million people are facing high to extreme water stress. The report mentioned that India is in the 120th spot out of the 122 countries on the water quality index, with nearly 70% of water being contaminated.

India's Ministry of Electronics and Information Technology is promoting artificial intelligence (AI) use in developing solutions for clean water and water conservation, as the country grapples with a severe water crisis.

"We are promoting start-ups involved in working out AI solutions in a big way. We are giving incentives to such start-ups, helping them liaison with urban civic bodies deploying smart solutions", said a senior official from the Department of Software Technology Parks of India under the Ministry of Electronics and Information Technology (MeitY).

On World Water Day, 22 March, Prime Minister Narendra Modi launched what he called the "Catch the Rain" campaign to harvest rainwater. The campaign's tagline is "Catch the rain, where it falls, when it falls".

The campaign is meant to nudge states and stakeholders to create appropriate Rainwater Harvesting Structures (RWHS) suitable for the nation's climatic conditions and sub-soil strata before the monsoon season.

The International Centre for Clean Water, dedicated to research and development of clean water technologies and incubating start-ups, is promoting AI in the water sector. An initiative by the premier Indian Institute of Technology Madras in the state of Tamil Nadu, the 21,000-square foot centre was established at the IIT Madras Research Park. It has seven exclusive laboratories dedicated to research on sustainable clean water technologies.

The centre is mentoring start-ups, conducting hackathons, developing sensors for major contaminants, and researching the application of AI to solve real world water problems, said Dr Ganapati Natarajan, Principal Scientist at the International Centre for Clean Water, IIT Madras in an article promoted by INDIAai, the national portal of the Ministry of Electronics and Information Technology on Artificial Intelligence.

"Data from censors can be converted into actionable insights for decision makers. Predictive insights from data can provide alerts when there is a leak, or the standards of quality are being violated by pollutants, or when a pump or valve needs to be fixed, or to predict the future levels of groundwater based on past values and climatic data", said Dr Natarajan.

Alarm bells were rung two years ago after a report released by the Indian think tank Niti Aayog (Policy Department) said that 21 cities in the country will run out of groundwater by 2020 and by 2030, 40% of Indians will not have access to drinking water.

The impacted cities will include New Delhi, Bengaluru, Mumbai, and Chennai, which are home to India's biggest industries, enterprises, and urban ecosystems. Not only will the water shortage affect quality of residents' life in these cities, but it will also massively impact the nation's GDP, warned the government report.

Ritesh Arya, also known as "Waterman" for his extensive work in groundwater, told Sputnik: "Technology can minimise waste, transportation, and treatment of water and lay strong foundations for the recycling and conservation of water".

"With the use of artificial intelligence we can monitor the changes in groundwater levels on a day-to-day basis and plan water withdrawal and impact of recharging in a more scientific manner".

"We have 1.1 million schools across the country and 42,000 of these are without water. If we pledge to adopt these schools at local levels as a mission we can provide water to them in a short span", he added.

Water is not a commodity – water is life. If we destroy our water sources, we destroy future generations right now. #SadhguruQuotes #WorldWaterDay pic.twitter.com/2Qnhet2Tb1

Water is the very basis of human life. This #WorldWaterDay, let us renew our resolve and volunteer to purify and rejuvenate water bodies worldwide.

Head of 'Artificial Intelligence' Project Reveals How to Succeed in IT