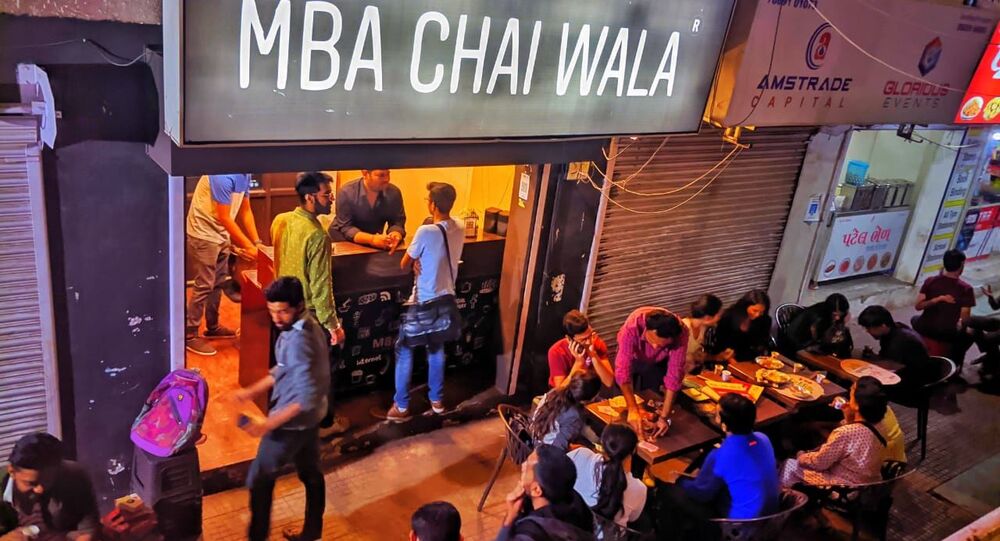 In India when kids reach age 16 and go to high school, parents, extended families, teachers and even neighbours openly discuss what these teens must do “right” to be successful in their careers. The pressure on Indian students is as real as it can get. Moreover, Indian parents can be even more competitive than their children.

This is the story of Prafull Billore, one of India’s rebel teenagers who did not succumb to the social pressure that insists that kids must make conventionally safe choices in order to ensure bright futures.

Born and brought up in the small town of Dhar in the central Indian state of Madhya Pradesh, Billore grew up conditioned to think that success would come to him only if he buried his head in books, completed a Masters of Business Administration (MBA) and eventually pursued a well-paid career as something like a chartered accountant. Little did he know that life had bigger plans in store for him.

“I was lost and disappointed after my Common Admission Test (CAT) scores were not good enough for prestigious management institutes in the country. I was super frustrated with all the pressure around my college selections so at 20, I put to use my limited rainy day funds that I had collected during some internships and left home to find my way. All my parents wanted was for me to get that one piece of paper we call a degree,” Billore told Sputnik.

After travelling here and there for a while, he reached Ahmedabad city in the state of Gujrat, where he decided to settle for some time. For starters, Billore took up a part-time job at a restaurant to keep himself afloat in the new city. His parents however, insisted that their son had to get himself a proper degree. So Billore enrolled in a local business school in Ahmedabad and began juggling classes alongside work.

Reminiscing about those early days of work and classes, Billore says it dawned on him that he was learning more as the occasional cashier at the restaurant than in class.

© CC0
Indian PM in Awe Over Parliament Deputy Chief’s Gesture to Offer Tea to Protesting MPs
Like most Indians, Billore really enjoys his evening tea. During the period of his life when he was struggling, he would walk up to a small “chai tapri” (tea shack) during his break hours and savor piping hot tea. One day, he happened upon a business opportunity in something that is pretty usual in Indian cities – crowds of people gathered at tea shacks near their offices or colleges in the evenings.

“In 2017, I went and bought myself a stove, a milk pan, a lighter and a sieve and set up my own little ‘chai-tapri’ business in Ahmedabad itself. The first few days were rough. Sometimes the milk I bought would spoil, sometimes my tea would get extra sweet. I remember, on my first day I sold just one cup tea. In some time however, my chai-making skills improved and little crowds began circling my little corner as well,” Billore said of the beginning of his professional life, with a glint of pride in his eyes.

After several months, his tea shack began bringing in over INR 15,000 ($200 approx.) per month. Billore had now learnt with experience that owing and running a business did not necessarily mean slogging oneself through a tedious college course of minimum two years.

Without informing his parents back home, Billore dropped out of college and left his MBA course halfway through. Two months after having left his studies, a video of Billore titled “MBA Chai Wala” (MBA tea seller) went viral on social media and his parents found out about their son selling tea to strangers on the roadside.

“My parents flipped out. They said the most predictable things like I was bringing ‘shame’ to my family. Even my friends were not quite on-board with me selling tea (by the) roadside. All this negativity had begun to mess with my peace of mind, so I painfully distanced myself from everybody,” a nostalgic Billore added.

Although he was a drop-out, Billore was an educated Indian millennial who figured out really early on that there were thousands of road-side tea sellers in his city and to make something out of his business, he had to go the extra mile.

“I began organising open mic nights and book drives at my little tea shack. People would come, enjoy some jokes and poetry, exchange books, engage in conversations and my tapri began gaining popularity in the area,” Billore said.

© CC0
Strain, Sip, Soak: Indian Tea Whisperer Weighs in on Busting Quarantine Blues With Hot Cuppa 'Chai'
It was on a Valentine’s Day however, when Billore’s tea joint gained major recognition in Ahmedabad. Understanding the plight of singles on the annual day of love, the young tea-seller offered “free chai and biscuits” to everybody who was alone on Valentine’s Day.

“That day, singles from all around the city flocked to my tea shack. I unknowingly played Cupid for so many singles that day, who reached my tea-joint and met new people. My shack has since become a rendezvous place for so many people who've met there and got married or become business partners and launched ventures. I began getting recognised as ‘MBA Chai Wala’. People began inviting me to their weddings to sell tea. I was witnessing my business take off,” Billore noted.

In 2019, when “MBA Chai Wala” invested his savings to move out of his tiny shack into a cute café in Ahmedabad, his parents came around.

Today, two years later, Billore is successfully running his tea shack franchise in several parts of India. He is often invited to various campuses of the prestigious Indian Institute of Management (IIM) to address students.

Every hour one student commits suicide in India, with about 28 such suicides reported every day, according to data compiled by the National Crime Records Bureau (NCRB). Billore insists that Indian students who are reeling under the pressure to crack into good colleges must know that knowledge matters more than degrees.

The modern-day Cupid who makes strangers meet and connect over books, poetry and chai often gets asked, why did he decide to sell tea specifically, when he could have set up shop for literally anything else as well.

“When I am asked ‘Why sell chai?’ I say ‘Why not?’ – It is the favourite beverage for Indians. Our Prime Minister Narendra Modi was once a tea seller and today he's running the country! And to be honest, there is nothing that a kadak (strong) cup of chai cannot fix, duh!"