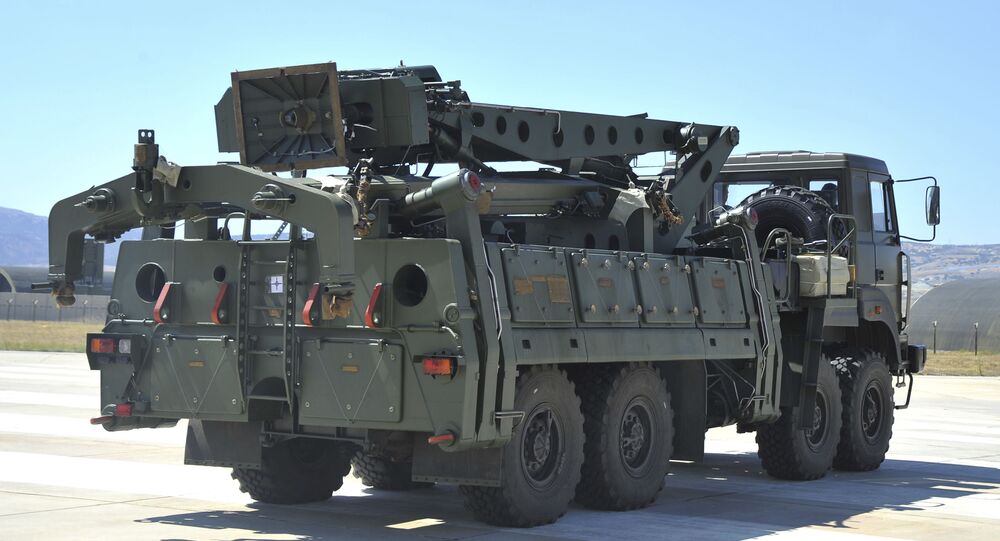 US Secretary of Defence Lloyd J. Austin III has urged Indian leaders to avoid buying Russian defence equipment, including S-400s, if the country wants to avoid the risk of sanctions under Section 231 of the Countering America’s Adversaries Through Sanctions Act (CAATSA).

He made the comments while talking to reporters in New Delhi on Saturday after concluding bilateral talks with Indian Defence Minister Rajnath Singh.

© Sputnik / Maksim Blinov
Top Senator Urges Pentagon Chief to Warn India of Consequences of New Delhi’s Planned S-400 Purchase
However, Austin underlined that American sanctions against India for signing a $5.43-billion deal with Moscow for S-400s were so far not on the table. "There has been no delivery of the S-400 system to trigger sanctions," he said.

The first batch of air missile defence system is expected to arrive in India by the end of this year.

Austin also hinted that Washington is trying to push India in line with US foreign policy, while he also questioned the persecution of Muslims in India.

"We both agreed that there are opportunities for collaboration in defence industry," Indian Defence Minister Rajnath Singh said in a statement after meeting Austin.

Their hour-long discussion focused on defence cooperation and military-to-military engagement.

"Acknowledging that we have in place the foundational agreements, LEMOA, COMCASA and BECA, we discussed steps to be taken to realise their full potential for mutual benefit," Singh said.

Austin's visit comes a week after the Quad summit convened by President Joe Biden, which was attended by Prime Minister Narendra Modi, while India is currently witnessing a surge of coronavirus cases. The Indian Defence Minister shared pictures of the "elbow bump" that the two leaders did before their meeting instead of conventional handshakes.