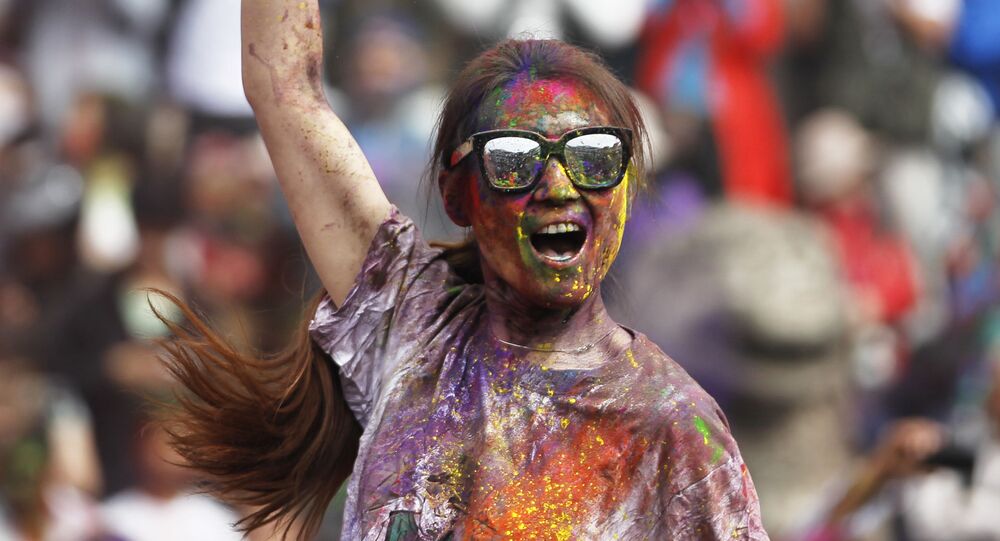 Holi, an ancient and popular Hindu festival, celebrates the onset of Spring, the end of winter and beginning of the harvest season. The festival of colours, that lasts a day and night, is set to be celebrated on March 28 and 29 this year. It is marked by people splashing colours and water on each other in community celebrations.

The coronavirus pandemic is likely to deprive Indians of the public celebration of the hugely popular Holi festival for the second time in a row. Holi was the first major Hindu festival to be disrupted by coronovirus last year when the pandemic hit the country, forcing a stringent lockdown in the month of March. The Holi festival was held last year on March 9 and 10.

Essentially a public festival, celebrated as a time to meet with others, mend strained relations, and bury past feuds by smearing colours on each other, the festival draws huge crowds in public places. The day marks  elaborate rituals in temples and unabated mirth as people play with friends and strangers alike.

The Odisha state government has taken the lead in banning the public celebration of Holi, anticipating huge crowds that will potentially lead to the spread of the virus.

With Odisha registering 100-plus new coronavirus cases after a gap of 40 days, the state government has banned public celebrations on March 28 and 29.  No Holi-related rituals will be allowed to take place, Special Relief Commissioner PK Jena decreed. People may only celebrate Holi with family members in their homes and not in public places, including public roads.

The government has also put restrictions on the “Dola” festival where people across the state take Lord Krishna and Devi Radha in palanquin called “Biman”.

The Bihar government has banned  gatherings, fearing a spike in Covid-19 cases during the Holi festival, which sees thousands of people living outside the state return home to celebrate with loved ones.

The Madhya Pradesh government has also banned fairs and processions, including the world famous Rang Panchami Ger, which is  celebrated by throwing fragrant red powder and splashing coloured water on others,  and the colourful Bhagoria fair of tribal districts.

With the surge in cases of Coronavirus in several Indian states, more states are likely to ban public gatherings on Holi. “ We have already imposed a night curfew in the state and a ban on Holi festivities is likely soon," a senior government official in the state of Punjab told Sputnik.

Experts across the world have advised to reduce mass gatherings to avoid the spread of COVID-19 Novel Coronavirus. Hence, this year I have decided not to participate in any Holi Milan programme.