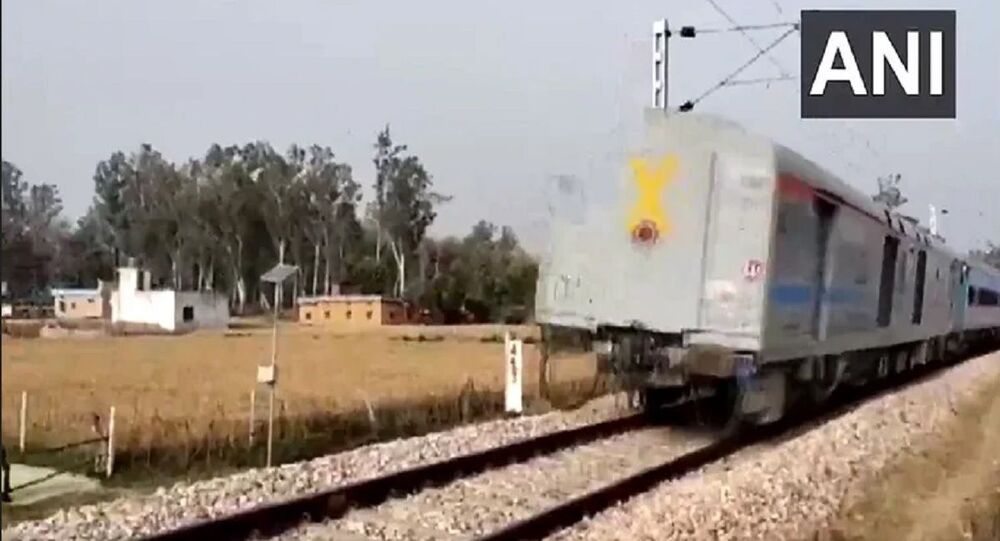 According to officials from Indian Railways, train accidents are a major cause of concern in the country, with around 30,000 people losing their lives on account of trespassing and untoward incidents on railway tracks in the last three years.

Indian railway authorities have ordered a probe after a train with 64 passengers ran backwards in the state of Uttarakhand on Wednesday.

According to officials, a Tanakpur-bound train started moving in the opposite direction before reaching its destination.

Explaining the incident on Thursday, a railway official told Sputnik that a major accident was averted.

"It happened after the Purnagiri Janshatabdi train suddenly started moving backwards on the railway tracks for a few kilometres. The train was on its way to Tanakpur in Uttarakhand from Delhi", the official said.

The probe was ordered after a video of the incident went viral on social media. Railway officials have since confirmed that there were passengers on the train when the incident occurred.

FM @nsitharaman~ I am the worst minister in the Modi Cabinet, I can run the Economy in Reverse Gear..

​What Caused the Incident?

The official said an initial investigation revealed that a cow was killed on Wednesday evening by the train near a home signal that controls entry to the immediate section of the line in Tanakpur.

Following this, the train was stopped. But suddenly it started moving towards Pilibhit (Uttar Pradesh) due to a slope and the driver's effort to stop the train was in vain, the official added.

"It has come to light that the train's brakes had failed due to a leakage in the pressure pipe. The loco pilot and guard have been suspended. The train was finally stopped near the Khatima area in the state's Udham Singh Nagar District by putting soil and aggregates on the track", he said.

None of the passengers were harmed in the incident. They were later sent to Tanakpur on local state-run buses.

"The fault in the train is being repaired while a committee comprising three senior officers has been constituted to ascertain the cause of the incident. Action will be taken against those responsible accordingly", the official added.

'First Salvo to Teach a Lesson': Indian Minister on Termination of Railway Contract with China