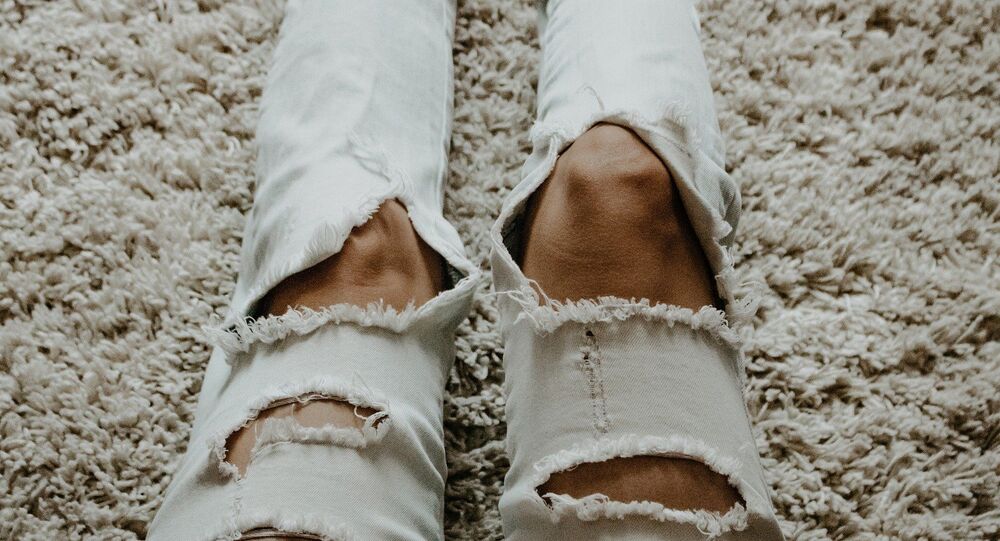 'Ripped Jeans is Better Than Your Ripped Mentality', Netizens Slam Indian State Chief for His Remark

On 14 March, newly-appointed Uttarakhand state chief Tirath Singh Rawat attended an event organised by the Child Rights Committee where he made a controversial remark that women wearing ripped jeans set a bad example in society and can’t provide the right environment for children at home.

During his speech at a workshop organised by the Uttarakhand State Commission for Protection of Child Rights, Rawat rebuked women wearing ripped jeans.

“If this kind of woman goes out in the society to meet people and solve their problems, what kind of message are we giving out to society, to our kids? It all starts at home. What we do, our kids follow. A child who is taught the right culture at home, no matter how modern he becomes, will never fail in life”.

So Uttarakhand Chief Minister Tirath Singh Rawat has a problem with women wearing ripped jeans, he says they are setting 'bad example' in society.
PS: someone remind him of old days at Shakha wearing shorts.
This mentality of BJP men making vile comments about women is sick. pic.twitter.com/92S9fpr21V

Rawat claimed that the Western influence is affecting the Indian culture and expressed his distaste for "bare knees" being exposed by wearing ripped jeans by boys or girls.

"Kaynchi se sanskaar (culture by scissors) - showing bare knees, wearing ripped denim and looking like rich kids - these are the values being given now. Where is this coming from, if not at home? What is the fault of teachers or schools? Where am I taking my son, showing his knees and in tattered jeans? Girls are no less, showing their knees. Is this good?" the state chief said.

Celebrities and netizens have taken to social media sharing pictures in ripped jeans and blasting his remarks.

Shocked by such a statement, veteran Bollywood megastar Amitabh Bachchan’s granddaughter Navya Naveli Nanda said there is a need to bring change to such a mentality.

Navya wrote on her Instagram stories, "WTF... Change your mentality before changing our clothes because the only thing shocking here is the message comments like this send to society... I'll wear my ripped jeans proudly".

Girls with ripped jeans want to convey the message that
Ripped jeans are cool unlike ripped democracy.

Ankur Tewari also took a jibe at state chief Rawat by saying that “they are more concerned with people wearing ripped jeans than people not wearing masks”.

I don’t wear jeans owing to the humidity & heat here but happy for this ripped T shirt with my संस्कारी घुटना’s showing!..& #GirlsWhoWearRippedJeans don’t need anyone’s permission in #India . We are the land of the glorious Konark, Khajurao, Modhera, Thirumayam, Virupaksha! 🧚🏿‍♀️🔴 https://t.co/zP98bBiLkd pic.twitter.com/gZQfWjN6Rb

When they are more concerned with people wearing ripped jeans than people not wearing masks. 😷

Social media is flooded with netizens' reactions to Rawat’s comment with pictures in ripped jeans and sending out a strong message that one’s  style of dress doesn’t define a person and lessen their ethics and values.

Uttarakhand CM's statement is utterly disgusting. Instead of lecturing women on their clothing choices, he should focus on covid management, tackling climate change and creating disaster-free infra from which his state suffers. Society suffers bec of these patriarchal men. https://t.co/wv8j5cEbMf

​What do ripped jeans have to do with #values & #culture ? If men can wear shorts, so can women. I’m equating #rippedjeans with shorts. On culture, I wonder about #Shakuntala and her relatively short and tight clothes (which I have no problems with) 🤔... #GirlsWhoWearRippedJeans

Ripped jeans 👖 is much better than the ripped mentality. #GirlsWhoWearRippedJeans

Dear Tirath Singh ji
Your mentality is #ripped sew it up because #GirlsWhoWearRippedJeans are sending you a message!
I am wearing a #rippedjeans while taking a session on Child Sexual Abuse with young kids. The message was SAY NO!
It holds true for your thoughts too! https://t.co/4ZPIVGp5rm pic.twitter.com/Fdk6hy3Ebn