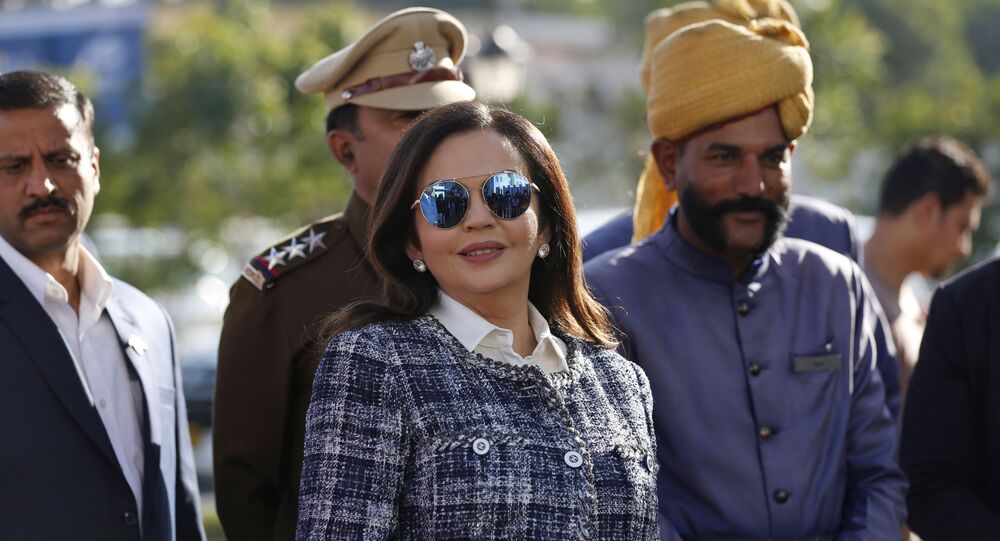 Around 40 students have been sitting on the streets surrounding Banaras Hindu University (BHU) campus in opposition to a rumoured appointment and lecturers have been busy pacifying the angry protesters.

In the wake of protests by a number of students, Reliance Industries has denied rumours that Nita Ambani has been invited as a guest lecturer to India’s prestigious Banaras Hindu University (BHU) in Uttar Pradesh state.

​Rumour had it that Reliance Industries' reigning matriarch had been invited to be a guest professor at BHU’s Centre for Women’s Studies and Development to encourage upcoming women entrepreneurs.

Reacting to the rumours, a group of BHU students took to the streets to protest outside the residence of the Vice-Chancellor, Rakesh Bhatnagar – scenes of which have appeared online.

The students oppose the alleged appointment of Nita Ambani arguing that instead of her, the university ought to invite self-made, successful women entrepreneurs to encourage female students in their college, Indian media reported.

​Several netizens in India reacted to the student protests opposing Nita Ambani’s appointment at BHU, and many of them supported the students.

Nita Ambani, 56, is married to Mukesh Ambani, one of Asia’s richest multi-billionaires. She is a philanthropist and chairs the Dhirubhai Ambani International School as well as being a non-executive director of Reliance Industries.