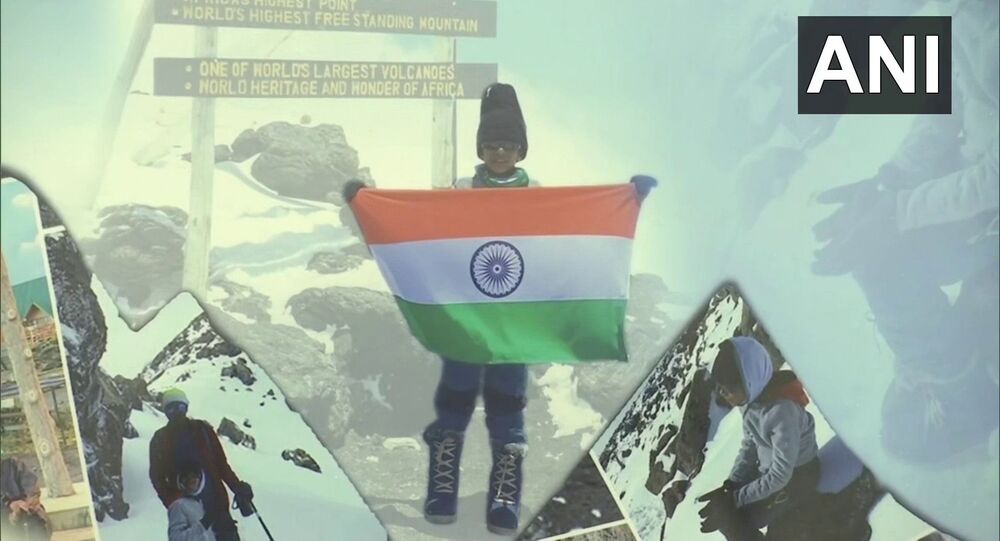 Who said scaling mountains isn't child's play? A seven-year-old Indian boy has made the seemingly impossible look possible by climbing Mount Kilimanjaro (5,895 metres), touted as the highest peak in Africa.

Virat Chandra, a seven-year-old boy from the Indian city of Hyderabad, has left many people amazed by becoming one of the youngest people ever to climb Africa's highest peak, Mount Kilimanjaro, and hoist the country's national flag.

His coach Bharath, who prepared him for the expedition, shared that after proper training, they began the expedition on 5 March and reached the Uhuru peak of Kilimanjaro on 6 March.

"Virat has that passion in him… Unlike many who quit midway through the training. He took the training seriously and completed all the tasks including running and mock climbing with utmost dedication", coach Bharath told Indian news agency ANI.

Proud of seven-year-old boy, Virat Chandra, from Hyderabad, Telangana who has scaled Mount Kilimanjaro, the highest mountain in Africa.

Inspired by the stories of his cousins mountaineering experiences and expeditions, Virat decided to follow in their footsteps. He made up his mind to take up a new challenge, that of scaling the world's highest mountains.

"I talked to my cousins about their experience of climbing mountains. At that moment I also wanted to climb like them. I had a discussion with my parents about my interest, they approached Bharath sir, my coach, who trained me", Virat said.

Telangana: A seven-year-old boy, Virat Chandra, from Hyderabad has scaled Mount Kilimanjaro, the highest mountain in Africa
"We took all precautions & had decided that we'd return if he'd feel uneasy but he made us proud", said Bharat, who led Virat's expedition  pic.twitter.com/Z04qwwQvn6

With the full support of his parents, Virat underwent a training process for mountaineering.

"We took all precautions and had decided that we'd return if he feels uneasy. But he made us proud", the coach said.

On Top of the World: Nepali Mountaineer Conquers 14 of the World's Highest Peaks in Seven Months