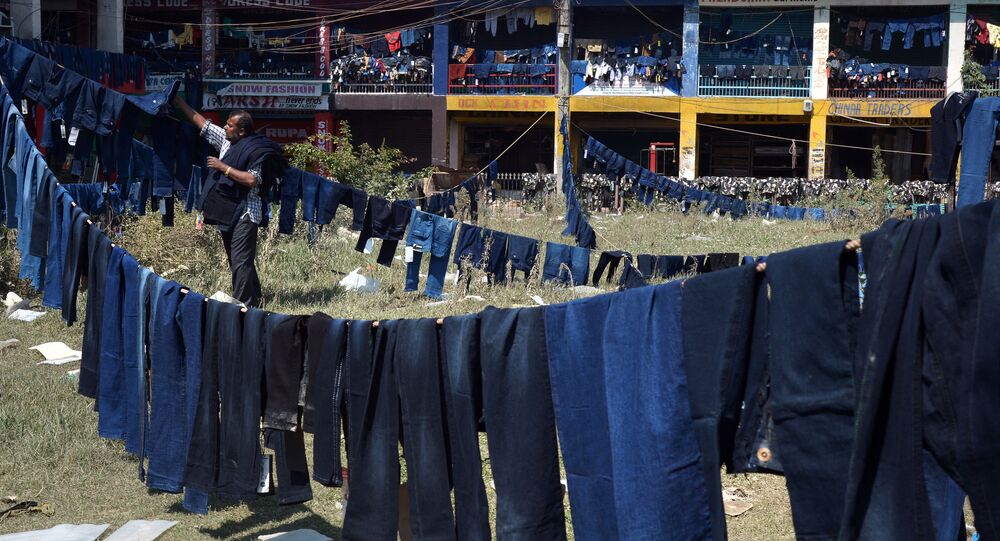 Last year in October, the same village council had issued a diktat against men wearing shorts, saying "not to wear short pants as it is distasteful and they should not wear it in the marketplace or public spaces."

A day after a village council in the Indian state of Uttar Pradesh forbid girls from wearing pants or skirts and boys from wearing shorts, several activist netizens voiced their anger that such a prohibition could exist in modern times.

A group of village community heads locally known as 'Khap Panchayat' in Muzaffarnagar City has declared that their residents should wear traditional Indian clothes in place of Western dress. It has also warned that anyone found violating the declared norms, would be punished and face a social boycott.

The decision, however, has drawn flak from various women's rights groups and netizens.

Speaking to Sputnik, Poonam Kaushik, a Delhi-based lawyer and women's rights activist, said, "This is condemnable. The state government should interfere and stop villages from taking such a decision."

"In an independent India, women have the full right to decide what to wear. Panchayat should check on hooliganism and miscreants in the village," Kaushik added.

Meanwhile, the local administrative officer said that he came to know of the issue through the media and a probe would be carried out.

Video: Rain of Lapilli and Ash Fall on Villages Near Etna Volcano After Latest Eruption