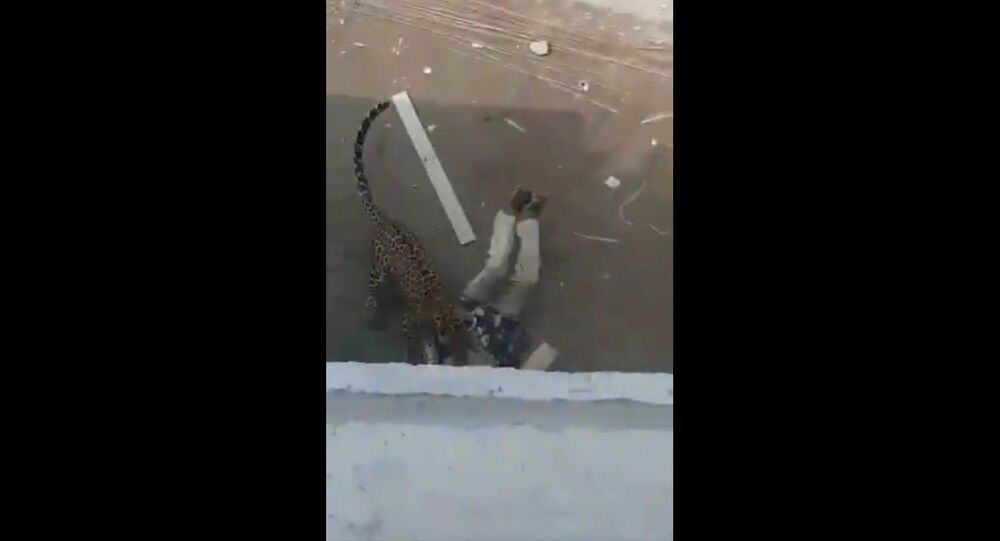 Ever since India introduced lockdown to combat the COVID-19 pandemic last March, several animals, including endangered ones, have been spotted roaming the streets in different parts of the country.

Panic gripped a residential area in Indore - the most populous and largest city in India’s Madhya Pradesh State - after a leopard left five people wounded on Thursday, police officials said.

According to local police, the incident triggered panic in the region and forest officials were put on the alert.

A video of the leopard attacking people has gone viral on social media.

In the video, the leopard can be seen attacking a policeman as others involved in the rescue operation attempt to divert the wild animal’s attention from the hapless officer. There is a lot of commotion in the background as the leopard, frightened by the movement and noise around him, can be seen trying to defend its territory.

​According to the local police and forest department, it will take hours to capture the leopard.

Forest officials confirmed that the injured people have been rushed to hospital for treatment.

Wild Animals Get Scared Too: Leopard Holds on Tightly to a Cot During Rescue Mission